Warning: mysqli_free_result() expects parameter 1 to be mysqli_result, bool given in /var/www/html/americanthinker/admin/common/functions/func.general.php on line 126
 Sarah Palin and the Two Americas - American Thinker
|

Sarah Palin and the Two Americas

Liberals have long lamented the existence of two nations in America. They are right to do so today, but in a way they never meant. It is not the divide between rich and poor which soon will be causing serious pain on the left. Sarah Palin's pending nomination for Vice President is exposing the depth of the cultural divide between Middle America and the leftists who have taken over the education, media, and cultural establishment of our country.

The announcement of Palin's selection by Senator McCain last Saturday reportedly triggered outright laughter in newsrooms across the land, a nearly unanimous opinion that she would be a disaster for McCain.  To the sort of people who believe themselves sophis 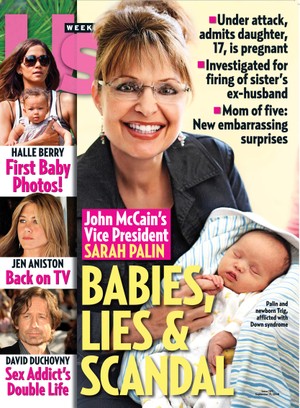 ticated citizens of the world and feel a sense of pride at saving the planet by purchasing carbon offsets, a woman who has borne five children is incomprehensible. Add in moose-hunting, a champion snowmobiler husband and a pregnant 17 year old daughter, and the phrases "white trash" and "trailer trash" are deployed.
A desperate race is underway, with the liberal media scampering to define Sarah Palin to the public as a dangerous religious fanatic and naïve hick, some kind of back woods primitive incapable of effectively discharging the awesome job of president, soon to be thrust upon her as John McCain expires right after his inauguration. Tonight, Governor Palin will have her opportunity to speak directly to the American people, and thanks to the blizzard of critical coverage, she will be no doubt attract an enormous audience.
She has the rarest of qualities: authenticity. Media and Beltway types can't fathom what that is. It goes right over their heads. Not even on the radar screen. Her multiple facets -- beauty queen, moose hunter, mother, member of an Assembly of God Church, and ferocious reformer of corrupt politics may baffle sophisticates, but ordinary Americans see all the pieces fitting together, and they recognize a type of person they know and love.

Think of Marge Gunderson, the fictional chief of police of Brainerd, Minnesota in the Oscar®-winning movie Fargo, taken as a comic send-up by the swells in New York and Hollywood, with her Midwestern twang (shared by Sarah Palin), funny hat, and kitsch-artist husband. The kind of woman who probably rides snowmobiles with her husband, for crying out loud. Yet in the end, Marge Gunderson solved the murder despite the sneers of her betters in the Big City (Minneapolis), and won the hearts of movie audiences. Americans like their heroines full of common sense and spunk.
Sarah Palin is the ultimate All-American Girl, beautiful but not glamorous, powerful but unpretentious, high-powered but down-to-earth, a reformer who speaks up while others cower in fear of rocking the boat. Like Ronald Reagan, she can reach right through the television camera into people's minds and hearts. We recognize one of us.
The left, so wrapped in artifice and fakery, are driven crazy by this. Her behavior appears bizarre, inexplicable. In their minds, she is a disaster and they pretend to be gleeful, asking when McCain will dump her. All while panicking, because they can see the energized GOP base and the failure of Barack Obama to garner the ten-to-fifteen point post-convention bounce to be expected after his speech before the multimillion-dollar Greek temple set and fireworks at Invesco Field only 5 days ago. Those who planned the classical Greek theatrical stage never for second contemplated the possibility of a deus ex machina named Sarah.
So now they hurl ridiculous, self-discrediting accusations (the fantasy that Palin was not the mother of her baby Trig and was covering for her daughter was published by The Atlantic) and cannot understand that they won't work on a mom who's about to become a grandma while caring for a Down syndrome baby. They regard the public as fools to be manipulated, and know that with the MSM megaphone, they can sell practically anything. They turned Ken Starr from a vigorous prosecutor into a sex-obsessed fanatic, didn't they? The Chicago Annenberg Challenge remains unknown to the vast majority of voters.
Sarah Palin, a woman who took down the corrupt politicians dominating her state, may be a tougher nut to crack. She simply doesn't know her place, at least as others have constructed it. She does what's right and tells people what's on her mind. When you believe in the founding principles of the land and see yourself answerable to God, it reinforces an already steely will. If you happen to be gifted with brains, beauty, energy, health, and the charisma of a star, you might just pull off genuine reform.
Republicans are thrilled by what they see in Sarah Palin. Reform Republicanism with a younger generation in charge could knock the left out of power for a generation. The genius 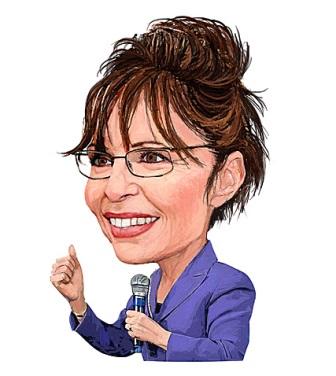 Bobby Jindal, out to reform Louisiana as Palin reformed Alaska, awaits the 2012 VP nomination with Sarah at the top of the ticket, if McCain wins this election. Suddenly the Republicans have a claim on being the vote for change.
Despite having been written off as a hopeless cause by political insiders and media know-it-alls, the Grand Old Party is about to renew itself amidst catcalls from the opposition. The same sort of swells who laugh at Sarah Palin as trailer trash categorized Ronald Reagan as an amiable dunce when in a charitable mood, spelled his name Ray-Gun, and felt ashamed to have a graduate of Eureka College, not some Ivy League campus, representing America on the world stage.
Ronald Reagan never let the contempt of the cultural, literary and journalistic elites bother him. He simply spoke over their heads directly to the American people. And changed the world. In Sarah Palin, we may well have a figure able to do the same. All eyes will be on her tonight.

Thomas Lifson is the editor and publisher of American Thinker.
|