Hoping to fan racial flames in his direction before the South Carolina primary, Pete Buttigieg tweeted out his support for Trayvon Martin on the occasion of what would have been Martin's 25th birthday, February 5.

"Trayvon Martin would have been 25 today," Mayor Pete tweeted.  "How many 25th birthdays have been stolen from us by white supremacy, gun violence, prejudice, and fear?"  Buttigieg threw in a Black Lives Matter hashtag just to make sure black voters knew he was down for the struggle.

This tweet would have been unfortunate six months ago.  Today, it is unforgivable.  In December, attorney Larry Klayman, the founder of Judicial Watch, filed suit on behalf of George Zimmerman in the Circuit Court of Florida's Tenth Judicial Circuit.  The story made national news

Based on the research of filmmaker Joel Gilbert, as seen in his new documentary and book of the same name, The Trayvon Hoax, Zimmerman is charging that Team Trayvon substituted an imposter for the real "phone witness" in Zimmerman's 2013 murder trial for the 2012 shooting death of Trayvon Martin and in the depositions that led up to it.

Zimmerman should sue Buttigieg as well.  Far from being a white supremacist, the Hispanic Zimmerman was a civil rights activist, an Obama-supporter, and mentor to two black teens at the time Trayvon Martin attacked him.  The evidence in Zimmerman's defense was overwhelming, which is why he was acquitted.

Maybe Mayor Pete is too young to remember or, more likely, too cowardly to tell the truth. 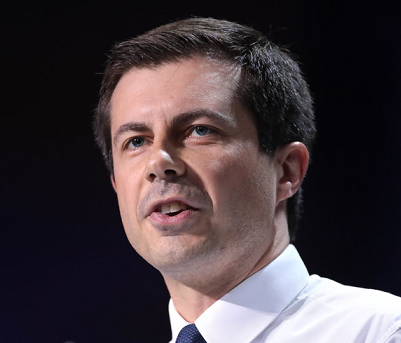