« A Super Bowl prediction | Be careful whom you donate to »
|

Reforming the 340B Drug Discount program

Enter the 340B Drug Discount program, a government initiative passed as a component of the Veteran Health Care Act in 1992.  Originally designed to help veterans in need, 340B effectively forces pharmaceutical companies to sell drugs to health care organizations at discounted prices.

However, some groups, such as the Community Oncology Alliance (COA), contend that many health care organizations are abusing the program, which notably expanded under the Obama administration.

In a September 8 letter addressed to the Centers for Medicare and Medicaid Services, COA president Dr. Jeffrey Vacirca wrote, "In short, the 340B program is out of control in the hospital sector." 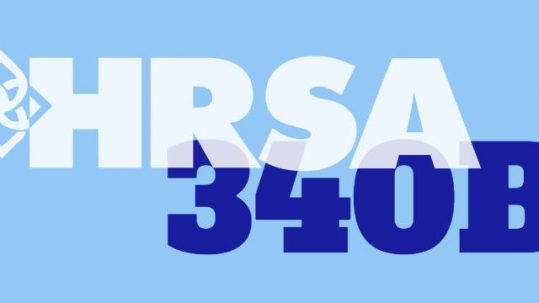 "What was originally intended in 1992 as a small-scale program to ensure patients in need did not fall through the 'treatment cracks' at a contained number of safety-net hospitals, has mutated into a grossly-abused profit generator for more than half of the nation's hospitals," Vacirca continued.

"Bad actors in the 340B program have realized that they can make substantial profits by buying deeply discounted cancer drugs, which are then reimbursed by Medicare and private insurers at full cost," a COA brief echoes.

The expansion of 340B was widely interpreted as a way to placate hospitals and other health care organizations, which stood to lose large amounts of revenue due to the ACA.  And here lies the crux of the issue: hospitals have no legal obligation to assist patients by lowering costs through 340B savings, or even to disclose how 340B profits are being utilized.

Now the Centers for Medicare and Medicaid Services are looking to cut payments for certain drugs purchased through the 340B program by a whopping 27 percent.  Per McDermott, Will & Emery, an international law firm, the move is explained as "necessary to slow growth in the 340B program, shift trends of growing amounts paid by Medicare for outpatient hospital drugs and reduce Medicare beneficiary cost-sharing."

The inevitable consequences of these price controls have taken the form of routine abuse by chain drugstores and Wall Street investors.  Veterans, who risk injury and even death in close combat for our nation, deserve to be cared for through the 340B program, but this sort of abuse undermines the program's true intent and the free market as a whole.

Bringing the full force of the federal government to bear so health care companies can enjoy a higher profit cheapens the institution.  It's time to enact reforms to the 340B Drug Discount program, returning it to its original purpose.

Mitchell Gunter is a contributor to publications such as the Daily Caller, Heat Street, and FEE.  His work has been cited by national outlets, including Tucker Carlson Tonight, National Review, and the Washington Times.  Follow him on Twitter at @rMitchellGunter.