The emergence of Twitter as a social media goliath has unleashed gossip and speculation as a media force. The long term consequences are unknowable, but in the meantime, with a far left president with a dicey past, it is producing some highly amusing results.

Last night, President Obama explained to Bob Costas of NBC Sports why he wasn't attending the Sochi Olympics, but the substance of what he had to say was lost in the controversy that erupted on Twitter over whether or not he was stoned. Yahoo writer Mike Oz took the high road, as would nearly any journalist, and described the president as looking "sleepy." But in the Twitterverse, many people outright speculated that he was stoned on marijuana, a drug that he is well known to have indulged in to excess in his younger years (at least so far as we know). Twitchy has collected a bunch of comments and pictures taken from TV screens that are far more suspicious than what appears in more mainstream outlets.  Luke Manning wrote: "Obama is stoned" accompanied by this picture: 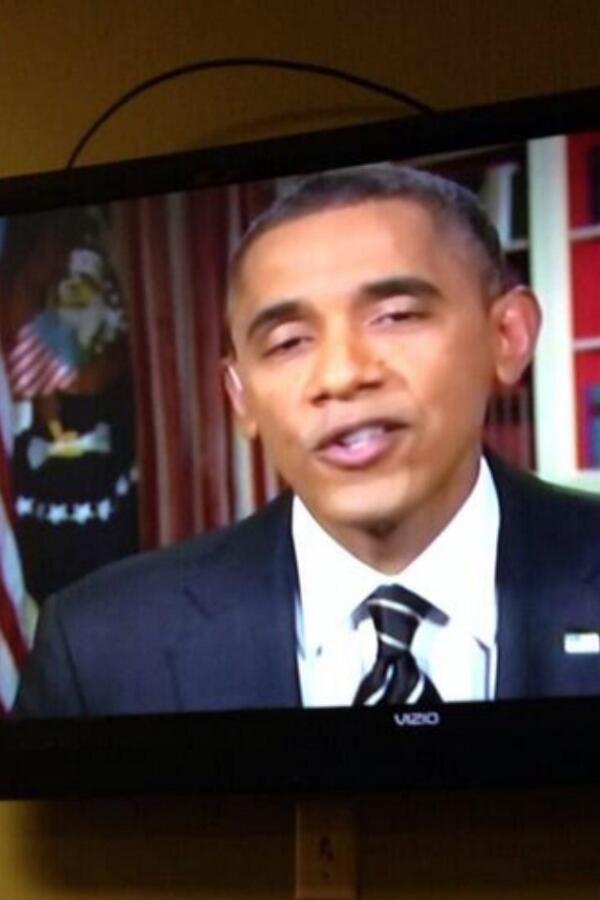 Mischa Johnsons, aka Mouse, agreed and provided this snapshot: 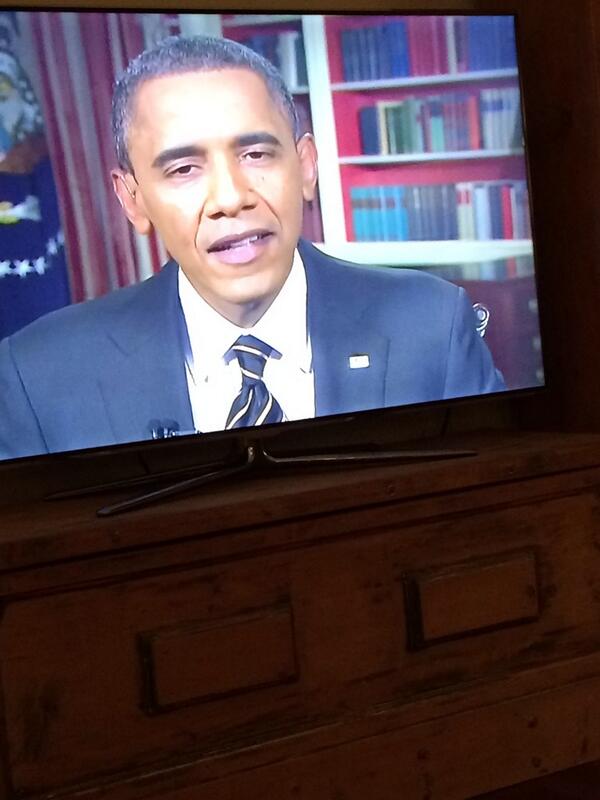 The fact the president has a history of flagrant drug usage is what unleashes this sort of speculation. 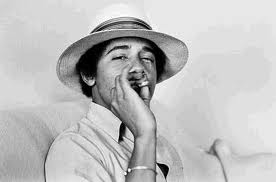 After all, a president can get tired. But as Rick Moran observed to me, Obama seems to lack the self-discipline necessary to kick a habit. Everything has come easy to him in life, from getting into Columbia University and Harvard Law School despite no record of any academic achievement, to elections facilitated by disclosures of scandal knocking out his opponents.  And he carried an addiction to cigarettes into office as president. Whether or not he has gotten the tobacco monkey off his back remains the subject of speculation.

I find it hard to believe that a president would smoke pot in the White House. But that is just my narrow uptight perspective. Obviously the majesty of the Oval Office did not discourage Bill Clinton from untoward behavior there, and he likely was not the first president to believe he was bigger than his office. Humility and awe toward his responsibilities is not exactly a hallmark of Barack Hussein Obama. On that point there can be little dispute.

The one conclusion that we can arrive at is that President Obama has so diminished the image of the presidency that this sort of speculation on drug usage in office is now par for the course.