Warning: mysqli_free_result() expects parameter 1 to be mysqli_result, bool given in /var/www/html/americanthinker/admin/common/functions/func.general.php on line 126
 The Democrats have a serious Hillary Problem and are in denial - American Thinker
« The lady from Texas has lost her tennis shoes | How 'free' is our 'Free Press'? »
|

The Democrats have a serious Hillary Problem and are in denial

There is a stark question that remains largely unspoken, as Hillary Clinton dominates polling and super-PAC fundraising, as the all-but-decided Democrat candidate for the 2016 presidential race. What if she doesn't run? After all, she suffered a debilitating ailment following her years of extensive travel (and eating and drinking to excess) as Secretary of State 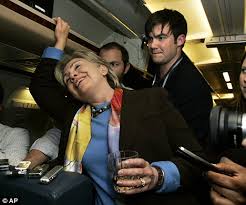 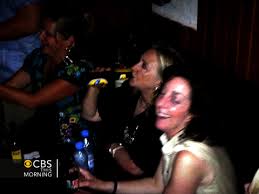 She could well decide that she is not up to the rigors of a presidential campaign. After all, she lived through two of those and was two decades younger at the time.

Queue the laugh track as Joe Biden surges to front-runner status? The polite way of expressing the problem is that he is "gaffe-prone." The more honest expression would be that he "isn't up to the job." Still blunter would be words like "idiot" and "bozo." A series of presidential debates between Biden and any competent Republican, not to mention skilled orators like Ted Cruz, could damage the Democrat brand for a generation.

Maybe Elizabeth Warren, aka "Fauxcahontas," would reconsider her decision to take herself out of the race. That would be a nightmare of its own for the Democrats, raising affirmative action as a campaign issue in the wake of a presidency discredited by spectacular incompetence, with an incumbent who rose to the highest office with no accomplishments of note, and top-secret test scores and grades at his elite colleges. Warren managed to win over the voters of Massachusetts, but that state is not representative of the national electorate.

Where is the rest of the bench?

The answer is that the Democrats don't have a bench. Alex Seitz-Wald of the National Journal points out the problems:

[Hillary Clinton's] inevitability masks a potential weakness within the Democratic Party: the lack of a deep bench of future national leaders. For a coalition that prides itself on diversity, the list of presidential hopefuls is filled with white men: Vice President Joe Biden, Maryland Gov. Martin O'Malley, New York Gov. Andrew Cuomo, and former Montana Gov. Brian Schweitzer. With Clinton, the party that nominated Barack Obama in 2008 is now looking to the past for their presidential hopeful.

Furthermore, the Democratic dependence on Hillary Clinton hampers the development of a Democratic farm team. With Clinton expected to take up so much room in the post-Obama party, is there much room for anyone else?

Parties typically develop national leaders and future candidates through the primary process. This is especially true for Republicans, who have famously nominated the runner-up in the previous cycle's primary contests nearly every election since 1976.

By 2016, it will have been eight years since Democrats have had a contested primary, and if Clinton is effectively anointed the nominee and wins the presidency (still two big ifs), it will have been 16 years by the 2024 cycle. That's a long time without the incubation chamber for national leaders that primaries provide. A run, or even the anticipation thereof, draws media attention and voters' interest, boosting the potential candidate's national profile.

In other words, bad as the situation is for the party's bench if Hillary drops out - or is incapacitated by health (don't forget her inability to testify before Congress following Benghazi) may be bad, but if she manages to win office for two terms, there will be little room for others. The Clintons are not exactly known for their generosity of spirit toward potential rivals. And in the wake of a Bush dynasty, not to mention those Kennedys whose glamour must rankle the boy from Arkansas and the girl from middle class suburban Chicago, we can very ell expect a push to get Chelsea Clinton into politics and become a successor-apparent. I kid you not.

Just look at the way Chelsea was pushed into prime time television at NBC, despite any actual qualifications, and any demonstrated performance. Note that the Bill & Hillary Clinton Foundation is now renamed the Bill, Hillary & Chelsea Clinton Foundation. The fact that Chelsea has few actual accomplishments would matter not at all to her anxious parents. But she would be an embarrassment to the party, as great an embarrassment as she was to NBC.  Because the Clintons lack the shame gene, the warning signs would go unheeded.

None of these problems can be honestly dealt with by party insiders. The Clintons don't get mad, they get even. So we can expect these problems to fester and grow.