Warning: mysqli_free_result() expects parameter 1 to be mysqli_result, bool given in /var/www/html/americanthinker/admin/common/functions/func.general.php on line 126
 Stuff Bush didn't do - American Thinker
« Another Green Bird-Killer | What is happening in Venezuela? »
|

In the face of five years of Obama failure, the American Left still invokes the specter of George W. Bush as the all-purpose explanation for everything that has gone wrong. Yet the 43rd president is steadily climbing in public esteem, as his sunny disposition and serious demeanor toward the duties of office sit well in the public memory. So, too, his dignified behavior as ex-president brings credit.

One good way to force the Left to confront President Obama's own responsibility for his conduct in office is to compare his abuses of office with the record of President Bush 43, who was reviled by by his opposition as a dictator-wannabe, Constitution-abusing, moronic ogre straddling the line between simian and human. Doug Ross of Director Blue has produced an amusing comic-book approach toward explaining the differences between the two men: 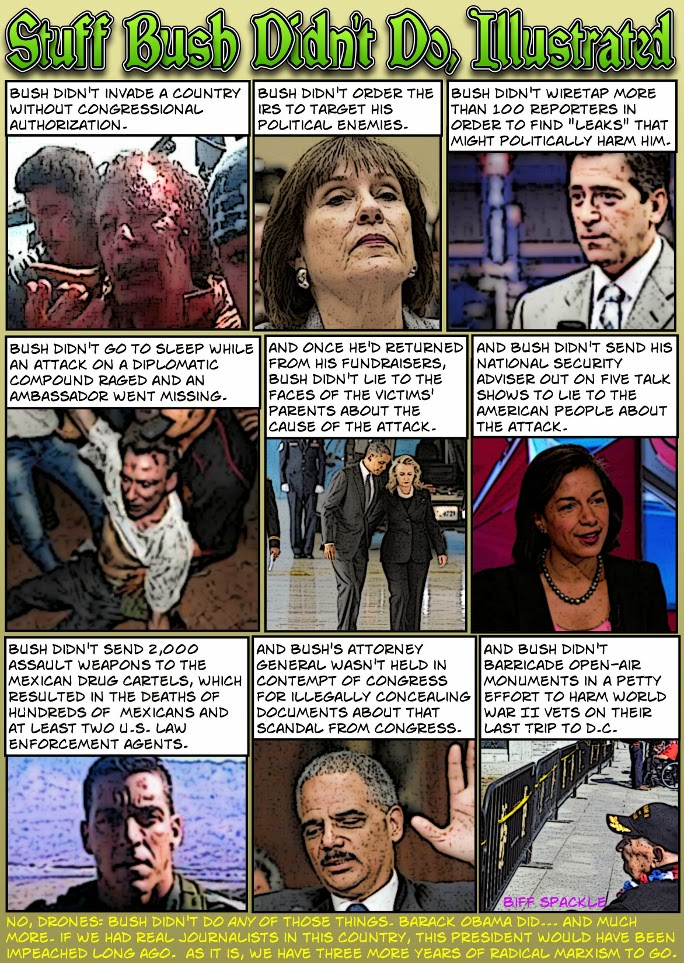