__PLACEHOLDER____PLACEHOLDER__The United Auto Workers Union refuses to accept that "no means no," when Volkswagen workers reject their $7 million campaign to impose a union on the Chattanooga assembly plant. Tom Raum and Erik Schelzig of AP report:

The United Auto Workers on Friday challenged last week's close vote by workers at a Volkswagen plant in Chattanooga, Tenn., that rejected the UAW's bid to represent them.

In an appeal filed with the National Labor Relations Board, the union asserted that "interference by politicians and outside special interest groups" had swayed the election.

In particular, the appeal took aim at Sen. Bob Corker, a Tennessee Republican and former Chattanooga mayor, who suggested that a "no" vote would lead a Volkswagen expansion in the state.

The UAW bid was defeated in a 712-626 vote, even though the German company generally is considered labor-friendly. 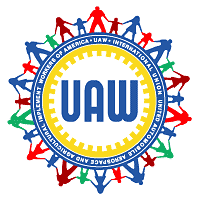 There is absolutely no basis in labor law for the NLRB to order a re-vote.  Kevin Drawbaugh of Reuters notes:

Labor lawyers and academics said last week it would be difficult for the union to make a case for setting aside the election. They said labor law does not limit what can be said in a union election campaign by politicians, as long as they are stating their own views and not doing the bidding of management.

The law does strictly limit the statements that can be made by management and the union itself, they said.

Of course, with a majority of the NLRB appointed by President Obama, and with the Obama administrations' oft-displayed contempt for the Constitution and the Law (as seen most recently in the now-suspended FCC monitoring project), it is quite conceivable that NLRB could ignore the law's provisions and find for the union, ordering a new election.

An NLRB spokesman said the UAW will have seven days to provide evidence. An NLRB regional director will investigate and a hearing will likely follow. Chattanooga falls under the purview of the board's regional director in Atlanta.

The UAW said in a statement that its appeal details "a coordinated and widely publicized coercive campaign conducted by politicians and outside organizations to deprive Volkswagen workers of their federally protected right to join a union."

The fact that non-parties exercised their free speech rights does not constitute coercion, nor does it violate workers' rights. If the NLRB declares that free speech by American citizens constitutes coercion, it will set a standard that cannot withstand judicial scrutiny.

In any event, if a new election is offered, there is no reason to assume that workers would vote any differently the second time around. Manwhile, Volswagen and the rest of the world auto makers are investing in Mexican assembly plants.