Venezuela's economy is on life support, yet its pretensions of humbling the United States persist. This is underscored by its plans to continue Hugo Chávez's showcase anti-American propaganda program  -- giving away free home-heating oil to poor Americans this winter, just as it has done for the past nine years. As usual, former U.S. Rep. Joseph Kennedy II is facilitating and cheering on what amounts to an anti-American program by the oil-rich yet impoverished South American nation.

There had been much speculation about whether Venezuela would continue, amid its deepening economic woes, to use oil largess to promote its leftist ideology abroad, as the late President Chávez had done. But CITGO Petroleum Corporation, the Houston-based arm of Venezuela's state oil company, confirmed on Wednesday that it will indeed provide free home-heating oil to poor Americans, those who supposedly can't afford heating oil.

Leftist firebrand Chávez, who died last March of cancer, launched the program in 2005. Since then,

CITGO claims that more than 235 million gallons of home-heating oil have been distributed to more than 1.8 million low-income Americans. It says it has assisted families, homeless shelters, and Native American tribes in 25 states and District of Columbia. Naturally, the blue states of the Northeast are major recipients, given the wide use of home-heating oil there.

Chávez made anti-Americanism a cornerstone of his foreign policy. He devised sweetheart oil deals with like-minded nations to spread his leftist ideology -- essentially using oil as a political weapon. His hand-picked successor Nicolás Maduro, a former bus driver and union leader, is showing yet again that he is determined to follow in Chávez footsteps.

Interestingly, CITGO's announcement comes as a U.S. judge in South Texas fined CITGO more than $2 million for felony violations of the U.S. Clean Air Act committed by its Corpus Christi refinery. Pollution from the facility was blamed for sickening dozens of nearby residents. Presumably, they were low-income Americans, people who could only afford to live near a smelly oil refinery and who, it would seem, lacked the propaganda value of poor Americans elsewhere, especially in the Northeast's blue states.

"We have committed to this program once again this year because we see it as a humanitarian effort that helps our most vulnerable neighbors stay warm during one of the coldest winters in history," Nelson P. Martinez, President and CEO of CITGO Petroleum Corporation, announced in his company's news release. "We can't relieve the need for everyone but this is our humble contribution to share the responsibility of improving the quality of life in our communities by using the strength of our resources to help those in need. This is one of the most important values we share with our shareholder, Petroleos de Venezuela, S.A. (PDVSA), the national oil company of the Bolivarian Republic of Venezuela," he added. 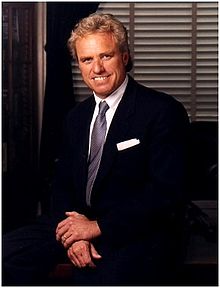 Kennedy, for his part, is again playing the role of useful Democratic idiot in Venezuela's anti-American oil largess. A non-profit he created in 1979, Citizens Energy Corporation, has gladly partnered with CITGO to again deliver the fuel.

"The poor are facing a terrible hardship this winter," said Kennedy, as quoted in CITGO's news release. "Federal fuel assistance has dropped 40 percent over the last few years while heating oil prices have jumped by a third. With the kind of cold we've experienced this winter, the federal aid just doesn't go as far. It's a triple whammy on the poor. That's why the generosity of CITGO Petroleum and the people of Venezuela is so important -- it helps fill the fuel gap for the most vulnerable among us."

Did Kennedy clear his comments about scaled-back federal fuel assistance with the Obama administration? Or perhaps the cutbacks to which he refers were made because the Obama administration was counting on Venezuela's anti-American government to keep providing poor Americans (presumably Democratic voters) with subsidized home-heating oil. And when referring to the generosity of Venezuela's people, was Kennedy aware that no referendum was ever held among Venezuela's voters as to whether their oil patrimony should be given away to further the ideological ambitions of their political leaders?  Under Chávez, Venezuela gave away billions of dollars of its oil patrimony in sweetheart oil deals with Cuba, the Caribbean, and left-leaning countries in South America. It's all apart of Venezuela's effort to spread its leftist ideology and counter American hegemony, which it sees as the cause of the world's suffering.

President Maduro has been deepening Chávez's socialism as he grapples with worsening food shortages, falling oil prices, and annual inflation topping 50%  -- the region's highest. Venezuela is quite literally broke. It can't afford to give away its oil, yet it continues to do so because Maduro is dedicated first and foremost to his leftist ideology -- not the welfare or ordinary Venezuelans.

Has any of this occurred to Joseph P. Kennedy and like-minded Democrats? The eagerness with which they embrace Venezuela's oil largess suggest one of three things. They are useful idiots, fellow travelers - or both.