After decrying inequality, Obama golfs at personal course of mega-billionaire

Inequality in America is a terrible thing, unless it results in a nice afternoon at a golf course so private that "uncrowded" does not begin to describe the solitude a presidential foursome can enjoy. Few things in this world are more unequally enjoyed than the luxury of a personal golf course. But our inequality-hating president found the time to enjoy one yesterday. The Hill reported yesterday:

Obama is staying at the Sunnylands estate outside of Palm Springs, Calif., over the weekend, after delivering a speech on the state's drought at a farm near Fresno and meeting with Jordan's King Abdullah II on Friday. He went golfing on Saturday with three longtime friends from Hawaii, who are also filling out the foursome on Sunday. 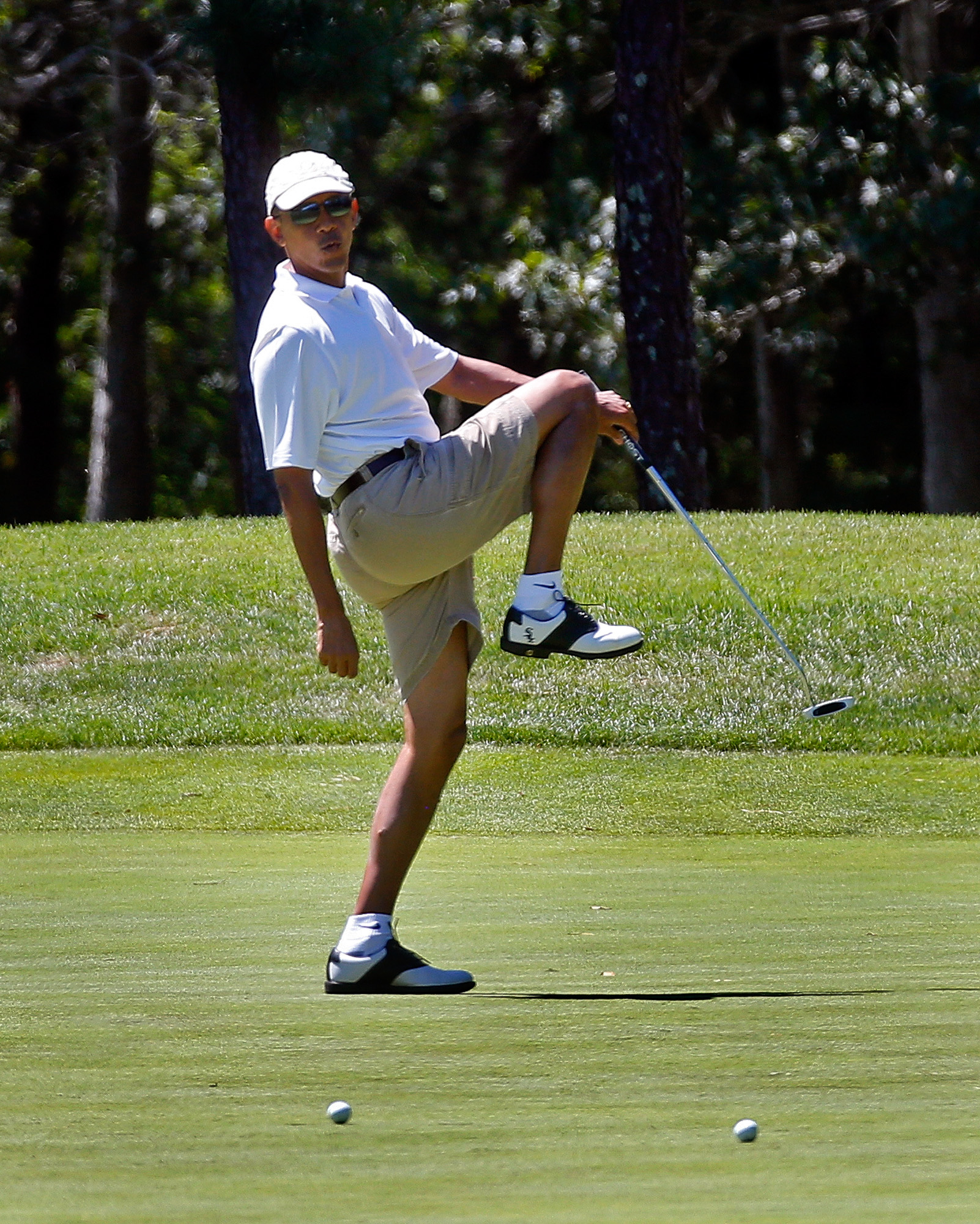 Obama's host Ellison is reported to be worth $41 billion, and is renowned for his sporting activities, including the America's Cup race, another sport inaccessible to all but the richest. Yet instead of recoiling in horror from this embodiment of the unequal distribution of wealth, Barack Obama is not just happy to indulge himself, he brings in his posse of childhood friends to enjoy the privileges of the ultra-rich.

The ultra-rich are not and never will be the real target of Democratic Party rants against inequality. Instead, they reserve their venom for the hard-working entrepreneurial and technical/professional classes who seek to rise from upper middle-class ranks into bourgeois affluence. These strivers are the real enemy because they give the lie to the cant of victimhood and unfairness that mobilizes the Democrat voting base. It is much easier to hate your boss, or the person whose nice house you drive past every day, than it is to hate George Soros, or Larry Ellison, or Bill Gates, whose personal digs are distant, inaccessible, and unthinkably remote in terms of achievement.

If ordinary people all across America show that hard work, savings in order to accumulate capital, and focused intellect actually create and then enjoy new wealth, then others may get the notion that they, too, don't really need big government to ensure their shot at happiness. If wealth creation seems a real possibility because you have personally seen others do it in your city or town, that is truly subversive to the vision of a transformed America the Obamas and the Democrats are peddling.

So never mind the 1% of the 1% with whom Barack Obama plays. They are not the enemy he demonizes (although he may remind them from time to time that he is the only thing that stands between them and the pitchforks as he shakes them down). His real hatred is for people more visible to the masses --the term dear to Marxists -- in their daily lives, whose achievements validate a system that makes the government-as-economic-savior irrelevant.