Warning: mysqli_free_result() expects parameter 1 to be mysqli_result, bool given in /var/www/html/americanthinker/admin/common/functions/func.general.php on line 126
 Retirement opens the door to Congress for Mia Love - American Thinker
« Tech execs disappointed in their meeting with Obama | Coral reefs, the great survivors »
|

Retirement opens the door to Congress for Mia Love

Ever since she delivered an electrifying  four minute speech at the 21012 Republican National Convention on the importance of self-reliance and entrepreneurship  (video here), Mia Love, the mayor of Saratoga Springs, UT has been a conservative favorite. She came close to winning her race for Congress in 2012, losing by one percentage point to four-term Democratic Congressman Jim Matheson. 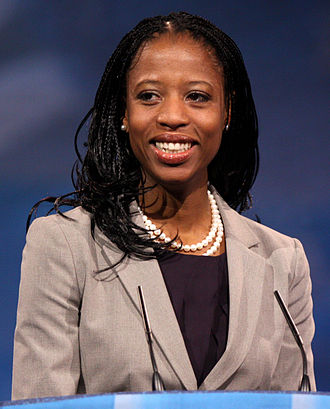 Rep. Matheson, who voted against ObamaCare and represents a district that went 67% for Mitt Romney, has been swimming against the tide of the Obamafied Democratic Party. Yesterday, he announced that he will not run for re-election in 2014. This opens the door for Mia Love, who announced in May that she is running for the seat again. In 2012, she did face opposition for the Republican nomination for the seat, but won it with 70% of the vote at the Utah State Republican Convention. Thus, she seems likely to get the nomination again.

Given that her Democrat opponent in 2014 will not be someone with universal name recognition and an incumbent's advantages, and that Love is likely to garner considerable financial support from outside her district as she did in 2012, there is an excellent chance that the GOP will gain the seat, and also a charismatic and articulate black female spokesman for conservative views.

I look forward to her joining the Congressional Black Caucus.