Warning: mysqli_free_result() expects parameter 1 to be mysqli_result, bool given in /var/www/html/americanthinker/admin/common/functions/func.general.php on line 126
 Fed Exiting the Stimulus Business - American Thinker
« Reports of NSA Metadata Demise are Greatly Exaggerated | Eff Yourself »
|

The mainstream media were surprised this week when the Federal Reserve said it will begin tapering back by $10 billion per month its bond buying stimulus, citing "recent momentum in the economy and job market. As we reported here at American Thinker on December 9th, the U.S. private sector job growth continued at a very strong pace in November. Despite the October government shutdown that ended on October 17th, employers added 203,000 jobs in November and the reported unemployment rate fell from 7.3% to 7% -- its lowest level in 5 years. The willingness of Republicans to shut down the government in an effort to slow federal spending seems to have encouraged businesses last month to increase hiring. The Federal Reserve's actions are acknowledgement that rapid energy development and manufacturing expansion are becoming the sustainable stimulus for the American economy. 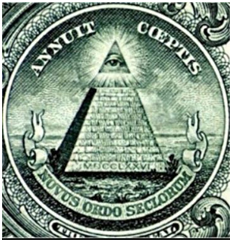 After a two-day meeting, the Fed stated that starting in January it will "taper" down from the $85 billion a month in bond purchases begun in October 2012 to $75 billion a month starting in January. The reduced Fed buying will be evenly split between U.S. government bonds and mortgage-backed securities. More importantly, Fed policymakers said they would likely continue to trim the purchases "in further measured steps at future meetings." This is code language for the Fed's concern about causing inflation and desire to get out of the very political business of trying to artificially stimulate the economy.

Equity investors's short-term enthusiasm for the Fed's indication that the economy is strengthening pushed the Dow Jones Index up by 293 points today. But most experienced market players believe the stock market, up 24% this year, is now seriously overvalued. They expect good economic news will mean that interest rates are headed higher. Higher rates usually cause senior citizens to sell equities and lock higher guaranteed yields from bank certificates of investment. Such action could cause a serious market decline in early 2014.

The non-seasonally-adjusted unemployment claims data reported by the Bureau of Labor Statistics earlier this month revealed that new claims have been shrinking at an 8.25% compounded rate for 104 months. Most analysts have become experts over the last thirty years at tracking the growth of the "consumer economy" that rose from about 62% of GDP in 1981 to 71% in 2013. This bias has resulted in analyst confusion lately as retail sales have been sluggish, but employment has continued to steadily rise.

The Fed action today is confirmation that production sector strength in manufacturing, transportation, and warehousing that led jobs gains in November are good indicators that manufacturing orders are expanding rapidly and businesses have gained the confidence to build inventory to meet anticipated demand growth. The Fed's announcement is also validation that American economy is migrating to an emphasis on manufacturing production over retail consumption.

The Commerce Department earlier reported that the U.S. trade deficit in October shrank another $3 billion from the prior month to just $40.6 billion in October. U.S. exports of goods and services rose 18% last month to $192.7 billion, versus just a 4.5% increase in imports to $233.3 billion. If this trend continues, the United States could be a net exporter by 2016 for the first time since the 1980s.

The Federal Reserve has tried to goose consumption with four rounds of "quantitative easing" (QE) to create $3 trillion of monetary stimulus to drive down interest rates. The Fed's action today signals the Obama Administration deficit spending and the Federal Reserve quantitative easing have both been ineffective at stimulating the economy and now run the risk of unleashing a vicious round of inflation. Today's action is an acknowledgment by the Federal Reserve that it is timrely on the American public sector to once again be the engine of economic growth.