In the corporate world, if one company owns 85% of another, that company is properly called a subsidiary. 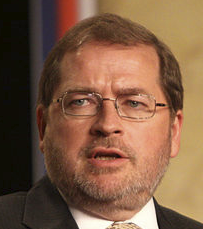 Grover Norquist, a veteran conservative since his college days, is best known for his group's Taxpayer Protection Pledge, offered to candidates for office, in which they promise to "oppose any and all efforts to increase the marginal income tax rate for individuals and business; and to oppose any net reduction or elimination of deductions and credits, unless matched dollar for dollar by further reducing tax rates." 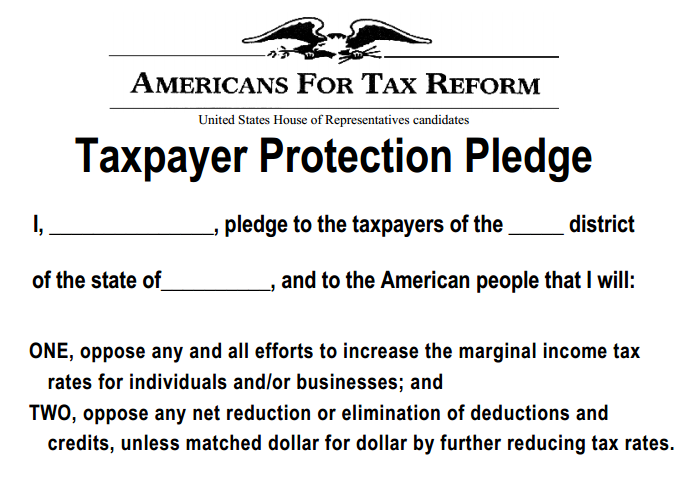 CBS's 60 Minutes dubbed Norquist "the most powerful man in Washington" because of the large number of GOP candidates who used to sign his pledge, but starting in 2012, the number signing it has been declining.

In 2010, Norquist startled many conservatives with his outspoken advocacy of the lower Manhattan 911 victory mosque, which some related to his acquisition of a Palestinian Muslim wife and adoption of a child born in Bethlehem. More recently, Norquist has emerged as an advocate of a path to citizenship for illegal aliens, also troubling to many grass roots conservatives.

Norquist's Wednesday morning breakfast meetings at Americans for Tax Reform remain what John Fund has called "the Grand Central station of the conservative movement," bringing together leaders of major organizations and political operatives. ATR also offers use of its meeting space in DC to many other conservative groups, building goodwill and influence for the organization and Norquist.

For conservative in flyover country, the news is troubling that the webs of influence are so complicated and centered on Karl Rove's fundraising.