Warning: mysqli_free_result() expects parameter 1 to be mysqli_result, bool given in /var/www/html/americanthinker/admin/common/functions/func.general.php on line 126
 Of Frogs and Kings - American Thinker
« The Battered Public Syndrome | Rand Paul's Goal in Holding up Janet Yellen's Appointment »
|

Of Frogs and Kings

"Do you seriously expect me to be the first Prince of Wales in history not to have a mistress?"

So said Prince Charles. Depending upon your point of view, nature and convention have been either astonishing beneficent or stunningly cruel to Prince Charles, who languishes faithfully behind the ancient walls of Cornwall and contemplates what he would do "If I were king."  At 64 years of age, he is beset with a Shakespearean dilemma: how to fulfill a lifetime's dreams and ambitions that are lying fallow because his aging mother will not either turn loose the reins of power or else seek slumber alongside her ancestry from the House of Windsor.  Such a tragedy, that pits tepid filial love against the desperation of long simmering pride and resentment, was made for the Big Screen; and it would be a psychological tour de force because brooding truth is far more interesting than any lukewarm fantasy. 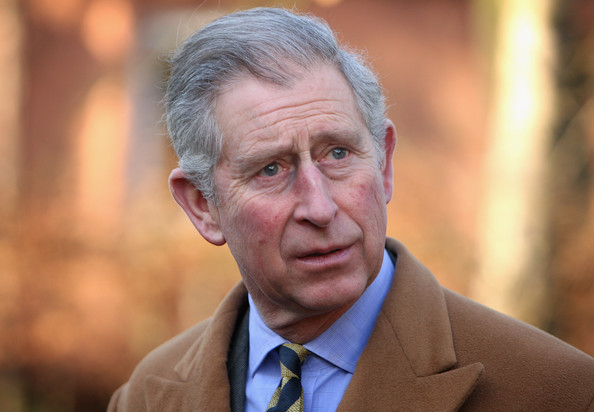 Britain's "sticky wicket" is personified in Bonnie Prince Charlie, who is a bit of a blue-nosed fop -- and a cold fish to boot.  He has all the likability of Robin Hood's King John, although he supports all the Euro-Chic fashionable causes.  Having a more than subliminal Socialist bent, he heaps praise on what is environmental in vogue: like an Al Gore with an added chromosome.  Moreover, he is more than compliant and accommodating to the Islamicists whose preference is more to Caliphate than King -- which has drawn the nativist ire of Brits who use the epithet "Paki" with venomous gusto.  And rightly so, given the corrosive effect that Londonistan has had on the Empire that the Sun Never Sets Upon.

The discriminating English Street, which adored Lady Di and grimaced at the equine countenance of Camilla Parker Bowles, has never truly forgiven the "heir despairent" for the way things have shaken out. Though Di was no Victoria, her sheer charismatic substance effervesced, gracing Charles in its abundance.  If one were to consider the "Q" ratings of his two sons and queried the general public over who should succeed Elizabeth, the haughty Prince would badly trail them. In fact, most any member of the royal clan, or even George Michael, would compare favorably to the star-crossed King-in-waiting.

Blame it on the currents of history; blame it on the cruel fates of Kings and cabbages.  When we hear of the long- in-the-tooth Prince of Wales whining that "I will run out of time soon," one longs for the sturdy Queen of the fading empire to commence B-12 injections and jogging -- anything to stave off her journey to the Undiscovered Country until Charles himself shuffles off this mortal coil.

Monarchies are anachronisms in our time of democratic homogeneity. But nothing upholds a people like a titular father or mother and unites their past and future in a commonality that melds subterranean emotion with pageantry and pomp.  England's Royals have stood the test of time because of tradition -- and the people would have it no other way.  Whether England was threatened by the crashing of bombs falling through rooftops or Spanish galleons auguring certain oblivion, the monarchy has coalesced the great spirit of a tiny island that once commanded the earth.  That she has diminished in stature is no reason to bring Prince Charles to the throne and finish the "Old Girl" off. Perhaps it would be best for all concerned if the next time Charles waxed blue-boyish over his kingship deferred, he lay back in a stately repose, and thought of England.

Glenn Fairman writes from Highland, Ca. He can be contacted at arete5000@dslextreme.com.