Warning: mysqli_free_result() expects parameter 1 to be mysqli_result, bool given in /var/www/html/americanthinker/admin/common/functions/func.general.php on line 126
 Obama The Zax - American Thinker
« Rightists May End Europe's Depression | U.S. Senate Places Higher Value on Their Own Lives Than Those of Fallen Heroes »
|

Well, if there was any doubt about it, the shutdown fight demonstrated once again today's Republicans don't have anywhere near the messaging or strategic skills of the Reagan era. Ted Cruz gave it a go, but the most memorable lines of all his speechmaking were the ones where he read from Dr. Seuss on the Senate floor. Most people still have no idea what the argument was all about. House leaders were no better, following Paul Ryan into believing the debt ceiling was a tool they could use against President Obama. To the contrary, he actually relished the idea of a debt default, as it would be his longed for all-purpose excuse for why his presidency has been, and continues to be, a total failure.

But if they don't make conservatives like they used to, liberals are nowhere near as clever as they were either. FDR and LBJ, for instance, set up Social Security and Medicare as stand-alone, trust fund entitlements. No one really "signed up" for them, the payroll taxes were just taken out automatically and pretty soon everyone felt they were invested in the system and due their fair share of what they already paid in. That's why it's so politically hard to make any changes in these programs, absent a crisis. (Memo to House leadership -- next Social Security crisis will be 2016 when the disability fund goes broke.) 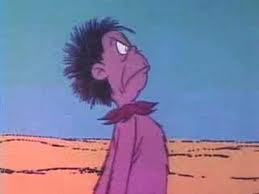 ObamaCare though, has no trust fund. It's a perennial beggar that Congress must fund every year out of general revenues. And as we are starting to learn, millions of customers, mostly young people, have to sign up by February of next year to avoid the ObamaCare penalties. If they do manage to get through all the ObamaCare glitches and buy insurance on an exchange, the products offered are awful, high-deductible plans. It's even being suggested so few people will actually sign up by next year, President Obama will reverse course and order a one-year delay. That, of course, won't happen. Having "won" the shutdown fight, the Democrats cannot allow an unending We-told-you-so chorus from the Tea Party, no matter how ugly ObamaCare operations become.

That should leave a pretty good issue to run on for the GOP in the 2014 mid-terms. Young people just need to be informed they will soon be paying penalties for not buying lousy, unaffordable insurance through unworkable internet exchanges. Even with the Republican's clumsy media skills, it shouldn't be too hard to make ObamaCare registration as popular for today's young adults as Selective Service registration was for a previous generation.
And if Republicans must work in the Dr. Seuss references, they might skip Green Eggs and Ham and instead highlight President Obama's uncanny philosophical resemblance to the legendary tribe of Zax.

Frank Friday is an attorney in Louisville, KY.