Are You an Enemy of the State?

The left is highly organized in their assault against us. They craft the theme, choose the language, and then they advance (usually with the media in tow).

We have been called every name in the book. Most recently, the term "terrorists" was selected as the flavor-of-the-month. 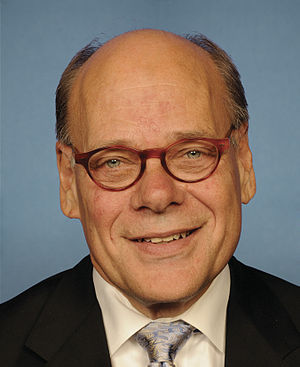 And now, right on cue, Democrat Congressman Steve Cohen of Tennessee has invoked the oath of office to protect against enemies of the state, both foreign and domestic. Why? As you might have guessed, he has declared tea party conservatives to be "domestic enemies" of the state.

As usual, the left accuses others of being the very thing they are. It's easy to translate their words. Just turn what they say right back on them and/or measure 180 degrees from their assertion and there you will likely find the truth. I've been doing it for so long that I now consider myself to be bilingual.

Oh, and as a small bonus that provides additional insight into this man's brilliance, you have to love how part of his dismissal of new members of Congress is the fact that they haven't been in politics very long. Is that what the founders had in mind? That one must be some kind of career politician first before daring to run for office? And, once elected, to sit quietly in the corner for some prescribed period of time before having the temerity to speak out? What equine compost!

And for the second bonus round we have this.