Almost half a billion for public broadcasting, but nothing for families of fallen troops

The ruling class takes care of its own, but has nothing for those who die in service to the nation. The very partial shutdown of the federal government has served to expose the real values of the Obama administration. Contrast this, by Terrence Jeffrey

On the first day of the "shutdown" of the federal government, when members of the U.S. Senate were going to the well of their house to point out that the 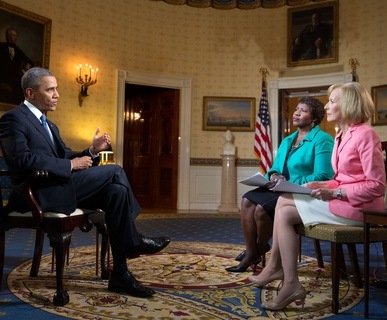 shutdown would prevent the National Institutes of Health from starting clinical trials for cancer patients and others facing possibly terminal illnesses, the administration was giving $445,000,000 to the Corporation for Public Broadcasting, according to the Daily Treasury Statement.

That means PBS NewsHour, National Public Radio and Sesame Street got a taxpayer subsidy during the shutdown, but not would-be cancer patients at the NIH.

With this by John McCormack:

Stars and Stripes reports that this weekend "Defense Department officials acknowledged that the shutdown had halted the $100,000 payouts given to fallen troops' families, usually paid within a few days of their deaths."