Warning: mysqli_free_result() expects parameter 1 to be mysqli_result, bool given in /var/www/html/americanthinker/admin/common/functions/func.general.php on line 126
 The Awful Truth about Obama - American Thinker
« Venezuela power cut leaves 70% of the country in the dark | The GOP and Syria: Feckless, and Fecklesser »
|

The Awful Truth about Obama

The advocates of congressional backing for an Obama strike on Syria claim that America would be weakened if the president is rebuked. Unfortunately, America already is weakened, and backing a dangerously incompetent president's pinprick won't do anything to help.  President Obama has no credibility with the tough guys. Our deterrent power is already sapped of vigor. With each day, it gets worse for Obama and for America.

Michael Graham of the Boston Herald lays out a telling polemic, the sort of mockery that, as Alinsky taught, is impossible to rebut:

The Los Angeles Times quotes a U.S. official who says President Obama wants an attack "just muscular enough not to get mocked."

And there you have the Obama foreign policy reduced to a bumper sticker: "Don't mock me, bro!"

But how can we not mock a president who says he's "made the decision" that military action against Assad is a moral imperative and essential to U.S. security; and that he's "made a second decision" to not make a decision but to wait for Congress to decide.

A president making these two completely contradictory statements is bad. But to make them in the same speech?

No wonder Jimmy Carter is smiling. 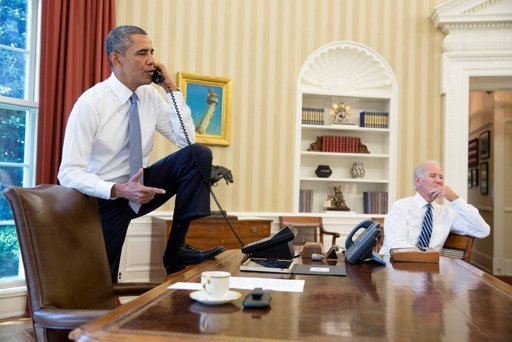 The problem with Obama's behavior is that it is dangerous. Through his rhetoric and by degrading our military capabilities through budget cuts and morale-sapping sexual social-engineering policies, Obama has ended the de facto Pax Americana era of world politics. Syria's puppet master Iran does not fear Obama assembling a large coalition the way both Presidents Bush did to punish Iraq.

Should Obama attack Syria with a pinprick, there is every probability that asymmetrical retaliatory strikes will be launched by Hezb'allah or other Iranian cat's paws. Then what?

Obama could end up sparking World War III. If so, he'd better ask the British to give back that bust of Churchill, and put it in the Oval Office again. Let's hope the Iranians aren't able to put together a few nukes yet.