The socialist president of France, Francois Hollande, thinks the French government can pick winners when it comes to the industries of the future.

"France is a nation of inventors, pioneers and producers," Hollande said, citing France's role in previous centuries and decades in developing technologies from the steam engine to hot-air balloons and rechargeable batteries.

"We have a duty to remain so," he added, nonetheless insisting the plan was not a return to the so-called "dirigiste" state-directed industrial policies of the 1960s and 1970s.

France's new Public Investment Bank will be on hand to offer credit for innovation - no amount was specified - but officials said they hoped to match every euro of public money invested with 10 euros raised from private investors.

State-appointed "industrial officers" will press firms to work together and develop successors to French projects of the past such as the supersonic Concorde or high-speed TGV train - both fruits of state-funded research plans. (snip)

Flanked by Industry Minister Arnaud Montebourg, Hollande was shown robot technology, models of an electric plane built by EADS, a driverless car being developed by Renault-Nissan and an ultra-fuel efficient vehicle being tested in Peugeot's laboratories that would retail at 15,000 euros ($20,000).

At present both Peugeot and Renault are struggling to maintain production in France due to high labour costs and employment laws that make it tricky to adjust staffing levels.

Apparently news of Solyndra has not reached the Élysée Palace, and Minitel, France's previous surefire, can't-fail, effort to pick the big industry of tomorrow, has been flushed down the memory hole. That's weird, because it was only a year ago that the plug was pulled on it after three decades of state-led investment.

Not many Americans even noticed Minitel, but the French were pretty sure they had outsmarted the Yankees and the Japanese three some decades ago. The BBC explains:

It was born in the white heat of President Valery Giscard d'Estaing's technological great leap forward of the late 1970s.

An expert report then concluded that with proper investment the nation's telephone network could be complemented by a visual information system, accessed through screen-keyboard terminals.

"As well as being a technological project, it was political," says Karin Lefevre of France Telecom. "The aim was to computerise French society and ensure France's technological independence." 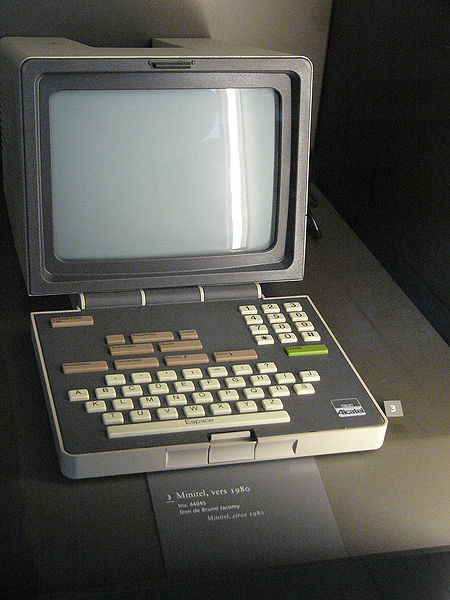 Rolled out experimentally in Brittany, Minitel went national in 1982, offering the telephone directory and not much else.

All users had to do was dial up a number on the keyboard, then follow instructions that juddered out in black and white across the screen.

Minitel reminds me of Hi-Vision, the analog-based hi definition television system pioneered by the Japanese government broadcaster NHK, which I watched debut in Japan in the early 1990s. There was a considerable push to offer content and sell a critical mass of the very expensive receivers, so that Japan could dominate the next stage of television equipment and receivers. Like Minitel, Hi-Vision was rendered obsolete by American technology which developed digital high definition.

Bureaucrats make lousy choices when it comes to developing commercial products. Their goals, time horizon, and degree of flexibility and responsiveness are all wrong. France is making a big mistake.