Warning: mysqli_free_result() expects parameter 1 to be mysqli_result, bool given in /var/www/html/americanthinker/admin/common/functions/func.general.php on line 126
 Sickening attack damages religious statues at a Catholic church in New Jersey - American Thinker
« Pathetic attempt by politicians to cook the books on the IPCC report | WaPo Falls for Iranian President's Charm Offensive »
|

Religious statues gracing the grounds of St. Mary's church in Malaga, New Jersey were subject to a vicious attack that left extensive damage to statuary dear to the hearts of parishioners and Catholics everywhere. Local police are not yet ready to describe it as a hate crime, but some person or persons obviously spent a considerable amount of time and energy damaging the figures.  It is hard to imagine that this was not a hate crime. 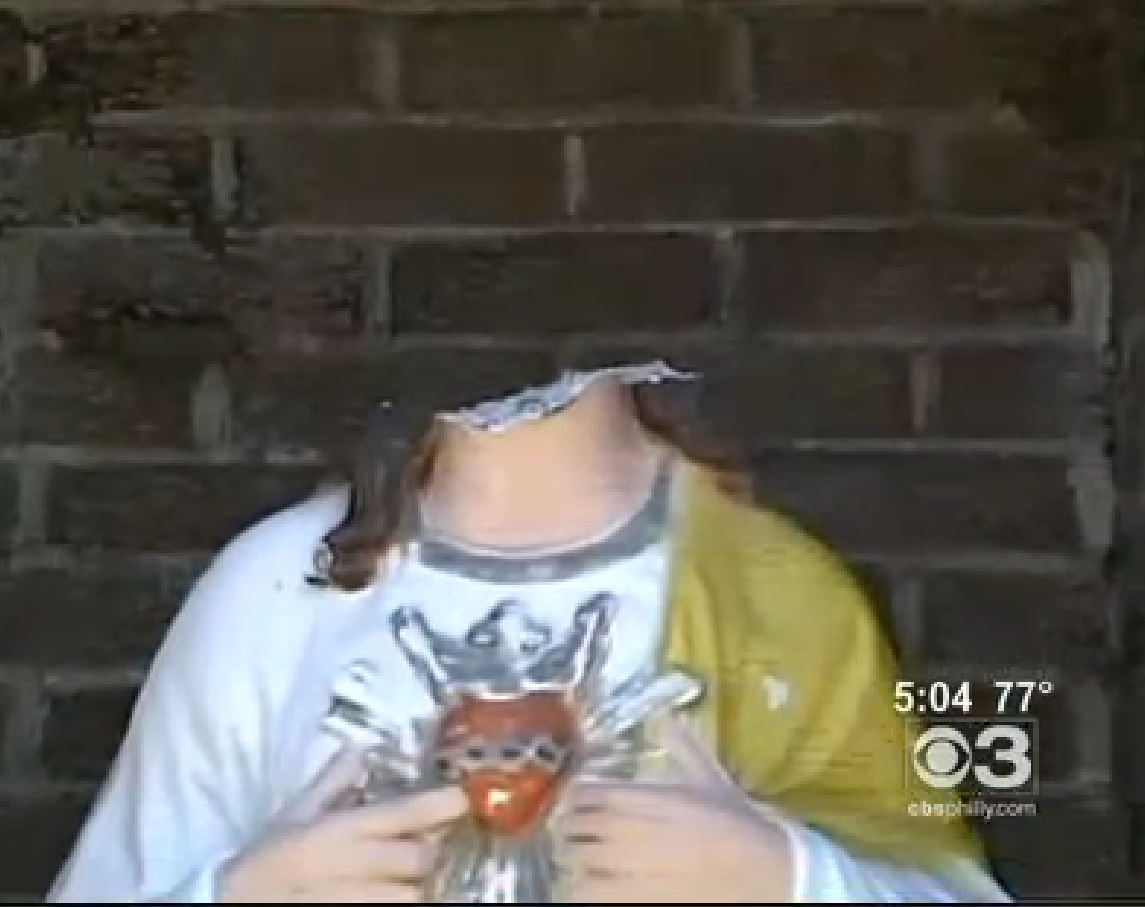 Peter Feuerherd, a spokesman for the Camden Diocese, arrived at the church Thursday afternoon. He said the attack appears to have taken place between 2 a.m. and 4 a.m.

"Whoever is the assailant definitely took his time and really caused some damage," Reilly said. "It wasn't a 30-second melee."

On the church lawn, a stone grotto dating from about 1955 holds a white statue of the Virgin Mary. Its head is badly dented but largely intact. The wall of the grotto is close to the statue, leaving little room to swing a bat or other instrument.

A brick grotto, just outside the church, holds a statue of Jesus. Its head was removed. (snip)

Across the street, the former rectory now is a hall for the local council of the Knights of Columbus. A statue of Mary sits on a flower bed; in front of it is a semicircle of statues depicting several people kneeling at prayer and several lambs.

The head on a statue of Mary was knocked off along with the heads of the kneeling figures.

Though I am not a Catholic, this absolutely sickens me. It is an attempt to wound people in their spiritual hearts. There is a monstrous hatred in the land directed at people of deep religious faith. As reader Jim Franklin pointed out, during the French Revolution, religious statues were decapitated in a similar manner, and it is worth noting that this same revolution ended up drenched in blood.

Picture is a screen grab from CBS 3 Philadelphia