Warning: mysqli_free_result() expects parameter 1 to be mysqli_result, bool given in /var/www/html/americanthinker/admin/common/functions/func.general.php on line 126
 Life is good for Janet Napolitano - American Thinker
« Meanwhile, in North Korea, 'unspeakable atrocities' in prison camps | Obama insists on no negotiations over debt limit »
|

Life is good for Janet Napolitano

Higher education is an enormous industry, heavily subsidized, and the people who run it consider themselves entitled to the lifestyle of the mega rich. Even at taxpayer-owned institutions.

Take the example of Janet Napolitano, newly installed president of the University of California. The UC Board of Regents is considering spending three and a half million dollars to renovate a university-owned home for her official residence. Currently, Napolitano is making do with a rented mansion that's only $9,950 (nice touch, keeping it fifty bucks under ten grand).

The house in question, Blake House, is quite a palace, but it is dated. This picture by John Lambert Pearson, uploaded to flickr and Wikipedia, gives only a tiny hint that the ten acres of gardens that surround neither the house, nor the sweeping views from the property. 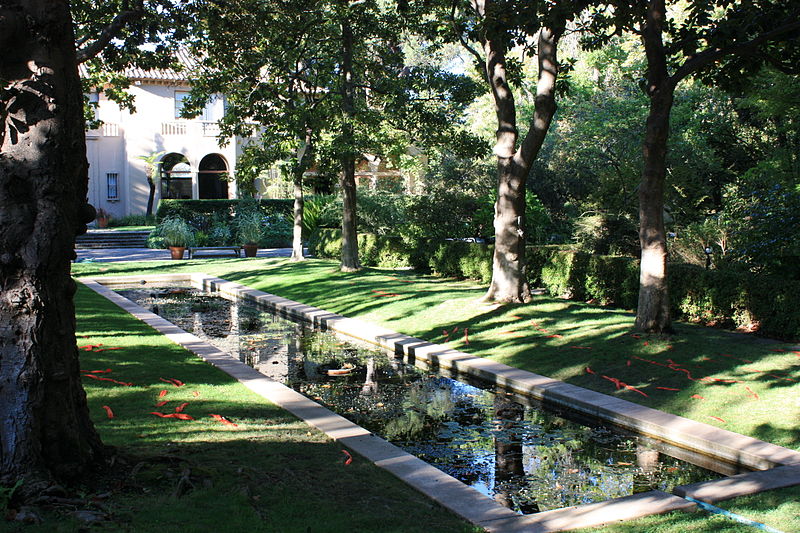 The house and garden were deeded to the university, with the gardens open to the public and used by the landscape architecture program. Blake house was used as the official residence of the University president from 1968 until the last president, Mark Yudoff took over. The university rented grand quarters for him. Lisa Leff of AP gives some of the sorts of things that will be fixed up, if the Regents approve:

To get the house into shape, officials are thinking about strengthening its ability to withstand earthquakes, repairing the plumbing and electrical systems, enlarging one of the first-floor kitchens to better accommodate large functions, and improving overall security by adding gates, barriers and surveillance cameras connected to the UC Berkeley police. Plans also call for adding a laundry, kitchen and upgraded bathrooms to the 4,300-square-foot private living quarters.

The money for fixing up the house, as well as the rent, comes from a private endowment. Leff again:

Although money for the project would come from the private endowment, which as of July was valued at $188 million with annual earnings estimated at $6.5 million, UC officials historically have been reluctant to spend money on routine maintenance at Blake House, much less a complete renovation.

I am sure the 3,500 square foot house Ms. Napolitano is making do with is very nice, and if the Regents decline to approve the big bucks for the renovation, she will be just fine. And live in a style appropriate to a consigliore of the ruling elite.