Liberals are profound hypocrites. The most striking thing about broadminded leftists is that they never really pay attention to the inconsistent things they say. That's because, above all else, liberals feel comfortable setting their own moral standards which, for all intents and purposes, exalt a unique form of secular ideology above established Godly truth.

Take for instance the impending conflict in Syria. Sorry, but moral relativists have no right establishing "red lines" for anyone. After all, God has drawn many a "red line" that they elect to ignore.

In addition, the left picks and chooses which atrocities to be appalled over. So when John Kerry pounds the war drums by sanctimoniously arguing that the decision to chastise Syria is a moral one because weapons of mass destruction cannot and should not be tolerated, what he glosses over are the policies he himself supports; policies that, in God's eternal economy, should never be accepted by civilized people.

Speaking before Congress, Kerry clarified that how the U.S. plans to respond to what happened in Syria when thousands were gassed and hundreds of children died is a "debate... about the world's red line." Barack Obama has tossed the "red line"onto the world's lap and now agrees. 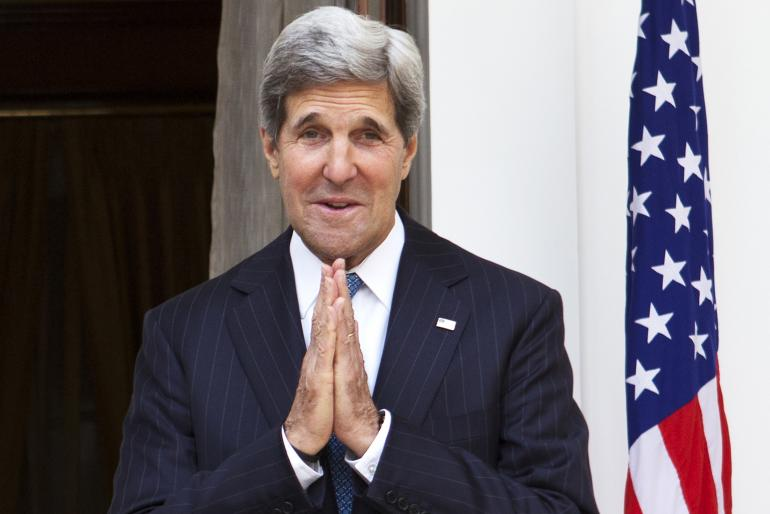 In response to the chemical weapons attack outside Damascus that killed hundreds, many of whom were children, and in an attempt to convince policymakers to support a resolution authorizing restricted military strikes against Syria, Kerry, accompanied by Defense Secretary Chuck Hagel and Joint Chiefs Chairman Gen. Martin Dempsey, stressed that "This is not the time for armchair isolationism. This is not the time to be spectators to slaughter."

So, what exactly is John Kerry's definition of slaughter? After all, the secretary of state has "staunchly resisted restrictions on abortions, including a ban on the partial birth abortion." Clearly an enthusiastic "spectator to slaughter" himself, while John Kerry's biased red line condemns gassing children in Syria, it applauds murdering fully-formed babies here in America.

In a statement that may be detrimental to liberal philosophy, Secretary of StateJohn Kerry unwittingly indicated that God-ordained conscience should be the compass directing moral decisions. Unfortunately for the left, if an intrinsic sense of right and wrong should be the guide in Syria, then Kerry has condemned himself and any other person who chooses to ignore that same guide when it comes to abortion.

The issue is compounded further by a Bible that clearly states that the knowledge of what is right and wrong is known to us because it is "written in [our] hearts... [and]... conscience[s]."

Kerry's statement is also problematic because unbeknownst to the left, when they use personal choice as the standard to justify unconscionable things like abortion, they contradict the argument that it's imperative for corporate conscience to dictate what's right in Syria.

That's why, by citing the merits of core ethics in defense of a war agenda, liberals have zero credibility, especially since on domestic social issues they condone the unthinkable practice of abortion by encouraging others to suppress the inescapable sense of right and wrong that every human being has written within their heart.

As a spokesperson for Obama, the secretary of state epitomizes an administration that feels comfortable, in certain circumstances, disregarding limits that even John Kerry has said "anyone with a conscience ought to draw."

In turn, John Kerry and Barack Obama have set up an ethically questionable "red line" that endeavors to avenge murdered children in Syria while they ignore God's unmovable red line and continue to condone spilling the blood of unborn babies here at home.

Jeannie hosts a blog at http://www.jeannie-ology.com/