Warning: mysqli_free_result() expects parameter 1 to be mysqli_result, bool given in /var/www/html/americanthinker/admin/common/functions/func.general.php on line 126
 In Syria, Putin's the Player and Obama's the Playee - American Thinker
« We're Not All Country Club Beltway Elitists Either | Syria accepts Putin's proposal on chemical weapons »
|

President Barack Obama has become a comic figure on the world stage, a laughingstock unable to keep his story straight, while his principal rival seizes the initiative in Syria.  So desperate is Obama for a face-saving retreat from his ultimatum on Syrian chemical weapons that he will concede the really important issues to Russia, Syria and Iran. And being Obama, he will portray his retreat as a great diplomatic victory, and his media claque will sell the story to the low information voting public. 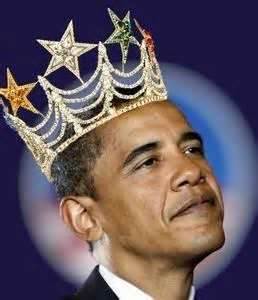 Vladimir Putin saw his opening when SecState Kerry casually offered a response to a reporter's question that the United States would call off its threat to attack Syria if that country turned over its chemical weapons. The actual professional diplomats at the State Department, horrified, claimed that this policy shift was a "rhetorical, hypothetical" offer, but it was too late. Putin's foreign minister Sergey Lavrov stated that Russia would push its Syrian ally to turn over all its chemical weapons to an international body.

With this move, Putin has got Obama exactly where he wants him. Obama is anxious to avoid the humiliation of a likely congressional repudiation of his threat to launch missiles, even an "unbelievably small" attack, in Kerry's asinine formulation yesterday. So Obama is ready to in effect ratify Assad's hold on power by agreeing to play nice with him if only he turns over those WMD's.

Never mind that actually securing all those weapons would be a massive task in even a peaceful country; in civil war-torn Syria, it is almost impossible. Assad and Putin can nonetheless defang Obama by slow-walking the process. In the meantime, Russia becomes the principal guarantor of peace in the Middle East and the mullahs of Iran continue their nuclear program aimed at changing the Middle East game completely. In substantive terms, this is an enormous victory for Putin and a defeat for Obama.

None of these substantive issues matter to Obama, so long as he will be able to claim credit for keeping the peace and removing the threat of Syrian WMDs. In his interview yesterday with Bret Baier, he claimed to have been working on this proposal for over a year:

Uh, I did discuss this with President Putin.  Uh, this is something that is not new.  I've been discussing this with, uh, President Putin for some time time now.  The last time we were at a G-20 meeting in Los Cabos last year.  Uh, I suggested the need for the United States and Russia to work together to deal with this particular problem.

It doesn't solve the underlying Syrian conflict, but if we can solve this chemical weapons issue, which is a threat to us, uh, and the world, then it does potentially lay the groundwork for further discussions around how you can bring about a political settlement inside of Syria that would -- would provide relief to, uh, people who, right now, are being displaced or killed on almost a -- a continuing basis.

In his speech to the  nation tonight, we can expect Obama to claim that Putin's initiative is really the product of his high level diplomacy, and we can expect his supporters in the media and Congress to overlook the State Department's immediate repudiation of Kerry's offhand policy position. America's power and influence are nose-diving under Obama, but for domestic political consumption, he will claim a triumph. The real players on the world stage know differently, and the ultimate cost of this weakness is unknowable. But for the moment, Obama is spared a serious humiliation, and to his allies, this is quite enough.