Warning: mysqli_free_result() expects parameter 1 to be mysqli_result, bool given in /var/www/html/americanthinker/admin/common/functions/func.general.php on line 126
 Washington Post sold - American Thinker
« The 'race card' is all that the Democrats have in 2014 | WaPo's Strange Math »
|

Yet another famous newspaper has changed hands. The Washington Post has announced its pending sale to Jeff Bezos, founder of Amazon.com, for $250 million. The Graham family, which has controlled the Post for four generations, waited two decades too long before liquidating the paper. Had they sold in 1993, when the Boston Globe sold for over a billion dollars, the price could have been 5 times as much as now, possibly more. 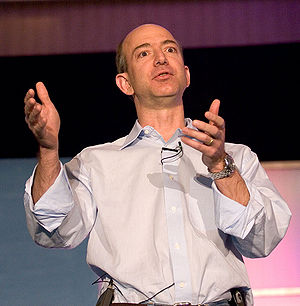 Still, considering that the Globe just sold for a mere $70 million, also to an individual entrepreneur, the Post has fetched a very good price. It is hard to see this investment by Bezos as a short term play. Perhaps he has ideas on making the paper pay off in the digital age in a way nobody else has seen. Or perhaps he wants to be a Very Important Person in our nation's capital, where the Post wields enormous influence.

We may be entering a period in which formerly great newspapers become the playthings of wealthy men, something that would be a return to newspapering roots. See, for example, the career of William Randolph Hearst. But of course, Hearst entered a growing business, not a radically shrinking one.

Bezos clearly is a business innovator. It will be interesting to see what he does with his new property:

Bezos, in an interview, called The Post "an important institution" and expressed optimism about its future. "I don't want to imply that I have a worked-out plan," he said. "This will be uncharted terrain, and it will require experimentation."

"There would be change with or without new ownership," he said. "But the key thing I hope people will take away from this is that the values of The Post do not need changing. The duty of the paper is to the readers, not the owners."

Update: The Washdington Post Company has a huge hidden asset: an overfunded pension plan, to the tune of $604 million. Tom Gara of the Wall Street Journal writes:

That's a pension plan that owes its recipients just under $1.47 billion, but has $2.07 billion in assets - in other words, it is overfunded by a cool $604 million.

At a time when pension obligations are becoming giant financial drag on some of America's best known companies - such a drag, in some cases, that the pension funds end up owning significant chunks of the business - having a hugely over-funded pension plan is a pretty sweet spot to be in.