Warning: mysqli_free_result() expects parameter 1 to be mysqli_result, bool given in /var/www/html/americanthinker/admin/common/functions/func.general.php on line 126
 A tenured professor tells the truth about academia on his way out the door - American Thinker
« Reid: Obamacare a stepping stone to single payer health insurance | The Obamacare Building »
|

Higher education is a vast industry about to face years a crisis. Like housing, it has expanded based on unsustainable debt. And like the American auto industry, it got fat, lazy, inward-focused, and expensive during its decades of monopoly on certification of higher end new labor force entrants. Now, with the growth of digital versions of higher education, it faces a competitor/industry entrant that has lower costs and high quality (at least potentially).

After decades of raising tuition at about three times the rate of inflation, the higher education bubble looks to be popping.

Philip A. Schrodt, who just retired from Pennsylvania State University after decades as a tenured professor of 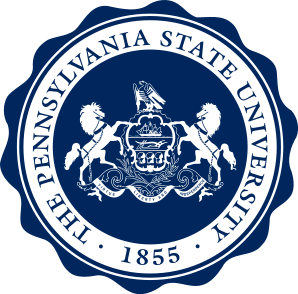 political science, has written a scathingly honest swan song about academic life. He is a gutsy man to do so, even on his way out the door. He is still living in the college town of State College, PA, and no doubt he will face some consequences for his truth-telling.

As someone who walked away from an academic career at Harvard myself, I have more items on my bill of particulars regarding academia's failures. But I have not collected an academic paycheck for more than 2 decades. Schrodt greased the way to his departing truth-telling by having the audacity to pub lish a book questioning a lot of the quantitative (mostly pseudo-scientific, in my mind) research done in his field of political science. I like this guy.

Here are some exceprts from his paring shots (hat tip: Instapundit). If you are interested in the fate of academia (and it is going to be a brutal couple of decades ahead), read this piece. It is a rarity, at least so far.

While I have been fortunate in my set of departmental colleagues at Penn State, the institution as a whole is phenomenally weird, following a North Korean governance model without the transparency [6], and with an Office of Sponsored Programs-OSP, the Office for the Suppression of Productivity-that has the tapeworm as their mascot. In discussing my decision to leave with a colleague who is an ardent supporter of the system, I referred to PSU as "an authoritarian hellhole," which elicited the reply "Well, it is that..." [12] Suffice it to say that the serial pedophile Jerry Sandusky found a welcoming and protective environment at Penn State not out of luck, but rather as an all-but-inevitable consequence of the institutional culture.

Ah yes, the Sandusky affair: more than eighteen months and still going strong-in fact with the forthcoming criminal trials of three senior university officials, the impending release of the long-delayed Federal investigative report on university violations of the Clery Act, and the rumored settlement with more than two dozen of Sandusky's victims, it is going to be even more in the news.

Since the scandal broke, rarely a week goes by without at least one front page story in the local papers on the topic.  Ever since the imposition of the NCAA sanctions, an exceedingly vocal subset of the university community has viewed itself, not the children molested by Sandusky, as the victims, and the supporters of Paterno [7] have clearly adopted that Vietnam-era slogan "We had to destroy the village in order to save it."

He also notes that digital technology is undermining the need for a high cost-structure university environment.

Due to technological changes, I no longer really need the resources of a large institution. Computing power?-I've now got a machine with 8 Gb of memory (upgradeable to 32 Gb) and a 1.2 Ghz processor. And that's just my phone. Cluster computing I can get from Amazon or Google using my credit card; dozens of companies can provide web hosting. Email account?-free. Wireless internet hotspot?-$30 addition to my Verizon plan. [20] Blog-free!

Penn State-at least until someone reads this essay-has allowed me to maintain access to paywalled electronic resources but I use these only rarely: all of the reference material I need, particularly for technical support, is free on the Web. Despite the library being literally next door to my campus office, I rarely set foot in it. Those 46% indirect costs go for what???

Schrodt sees the crisis ahead:

Academic institutions have changed little since the post-WWII expansions of the 1950s, while the world around them has changed dramatically.  What little change has occurred appears focused on the proliferation of pointless administrative positions whose sole purpose is to make the institution more expensive and less efficient. An imitation of the US auto industry in the 1960s. We know how that turned out.