The mainstream media are trumpeting the latest Labor Department jobs figures as good news (really great news," according to the National Journal), but don't be fooled. What is concealed in the raw data (7.6% unemployment, 195,000 new jobs -- "slightly more than analysts had been expecting and suggesting healthier growth," according to the New York Times) is a profound restructuring of our economy, substituting part time jobs for full time jobs, driben by Obamacare and other regulations.  Full time jobs actually plunged by 240,000, accoding to Tyler Durden of Zeroheadge. 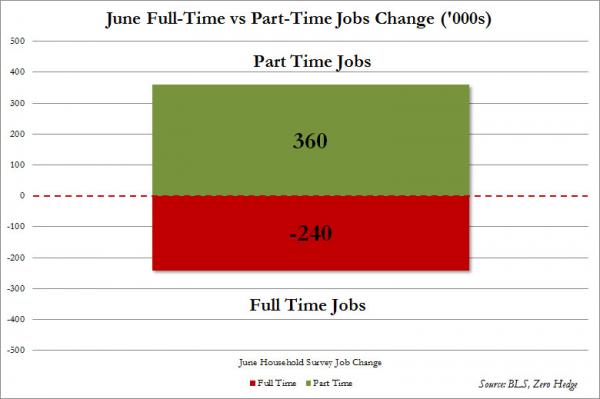 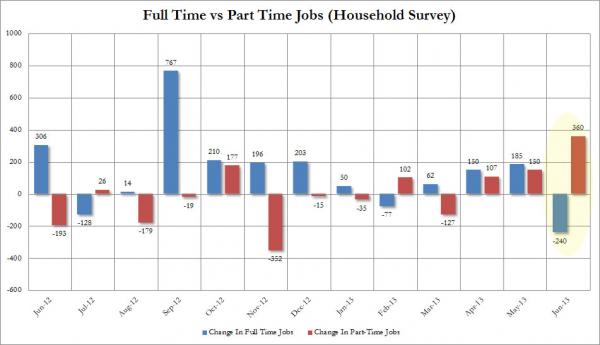 The great Iowahawk condenses the data to a level understandable to low information voters. Sheer genius.