I often get irked by those who fail to understand that the first step in winning most political arguments is to engage the target audience's emotions. In the political arena the best reasoned argument becomes moot if no one is listening. Over at Ace of Spades Gabriel Malor does a nice job explaining why the clinical language needed in late term abortion legislation could be a loser in the overall political and media debate because it fails to engage the imagination.

My advice to folks talking about this is to use "six months" instead of "20 weeks." Emphasize the familiar: we all know what six months of pregnancy looks like. Banning abortions after 20 weeks means banning abortions inside the sixth month. 20 weeks is almost clinical and nobody really thinks in those terms, anyway.

We all have an instinctive feel for two weeks' time, four weeks' time, maybe even six weeks' time. But after that, most people think in terms of months. And, as I said, everybody knows what six months of pregnancy looks like. There's no way to make the usual intellectual dodge -- "it's just a clump of cells" work at that point. Not even close.

By six months, the baby and mother, if they're receiving standard care, will have had at least two ultrasounds. The baby's organs and limbs will have been inspected. The little sucker will have been moving about for a while. The mother, if she's not a monster, (and hopefully the father, too) will have listened to the heartbeat. All that comes before the Wendy Davises of the world say that you should be able to kill that baby for any reason or no reason at all.

I get that for medical and legal purposes, using 20 weeks is necessary. For purposes of communicating what 20 weeks is, I think we get further by reminding folks as often as possible just what pregnancy after 20 weeks looks like.

Here is a link to exactly what a baby at this state of development looks like.  The media obviously prefers to talk about Wendy Davis's cool pink sneakers. 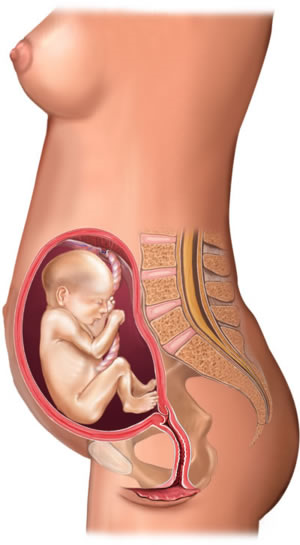