Money can't buy the kind of political boost Huma Abedin is receiving.  Like her mentor Hillary Clinton, the stand-by-your-man strategy will be her gateway to widespread popularity and respect.

Don't feel sorry for the Democrats over losing a former rising star politician like Anthony Weiner, whose future is so hopeless that even the New York Times says it's time to go. They have gained an even more promising candidate for high office. Huma Abedin is better-looking, better spoken, and more appealing than her role model. Yesterday's performance ("whole lotta therapy") was superb, establishing Ms. Abedin as dignified, strong, and starting to look as American as apple pie. 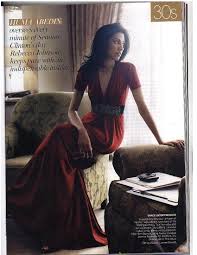 Although raised in Saudi Arabia, Ms. Abedin was born in Kalamazoo, Michigan, a natural born American.

There is a lot of big money help behind Huma and her hubby.

Rosen - who oversees the American Jewish Congress - is an influential international political force. He's been a guest at the White House, flies the Clintons in his private plane, and has poured money into both Bill and Hillary Clinton's election campaigns over the years, according to campaign-finance records.

He has also contributed several thousand dollars to Weiner's coffers, and is a top Obama bundler, donating more than $500,000 to the president's re-election efforts.

The market-rate rent on Weiner and Abedin's 2,120-square-foot, four-bedroom, 3.5-bathroom apartment - where the disgraced pol has said he spends his days doing laundry and changing baby son Jordan's diapers - is at least $12,000 to $14,000 a month, real-estate sources said.

A much smaller 1,476-square-foot, two-bedroom unit on a lower floor recently rented for $10,000, records show.

Her parents both received Ivy League PhDs, entering the rarefied ranks of world class academcially elite Muslim scholars, and her mother still teaches in Saudi. Her family has had many intersections with Muslim Brotherhood front organizations in their careers.

How many people could potentially attract Jewish and Muslim big donors simultaneously?

Huma has inserted herself into the highest levels of poltiics and diplomacy. Now she is positioned to move into power herself if she plays her cards the way her mentor did.

Keep your eyes on Huma.

Update: It's begun. And who else but Tina Brown?