Warning: mysqli_free_result() expects parameter 1 to be mysqli_result, bool given in /var/www/html/americanthinker/admin/common/functions/func.general.php on line 126
 One sentence that could keep the House in GOP hands - American Thinker
« June 12,1987 - A great day for freedom | Top Egyptian pols caught on camera being their America-hating selves »
|

One sentence that could keep the House in GOP hands

In all the hubbub of scandals that have been erupting in Obama's Washington these days a sentence made by Congressmen Elijah Cummings (D-Maryland), one of Obama's key supporters, has potential to play a key role in keeping the House in Republican hands. No one paid much attention to the words spoken but Republicans should make hay of it as midterms approach.

Cummings was interviewed by Candy Crowley who never lets an opportunity to shield Obama go to waste -- as America witnessed during the Presidential campaign debates. The Washington Free Beacon reports: 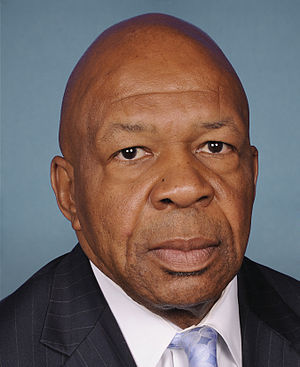 On Sunday Congressman Elijah Cummings, the most senior Democrat on the House Oversight Committee said the case of the IRS scandal has been "solved."

"Based on everything I've seen, the case is solved," said Cummings in response to a question on the topic. "And if it were me, I would wrap this case up and move on."

Nothing here, just move on and forget about the scandal.

But, of course, it is not just the IRS scandal that he would deep-six; all scandals or anything that would tarnish Barack Obama and his fellow Democrats would never see the light of day if Cummings had his way.

Now why is this important?

Many Americans may not realize how Congress works.

Here is one important primer point: if one party controls either the House or the Senate, that party controls the agenda for that branch of Congress. This is one reason why politicians who foresee continued minority status for their party often retire: they do not like a feeling of powerlessness.

This is why Harry Reid basically has monopolized power in the Senate and has allowed that body to degenerate into a wholly-owned subsidiary of Team Obama, and why Nancy Pelosi and Barack Obama so desperately want the House back in Democratic hands. We saw the consequences of that during the first two years of Obama's first term: ObamaCare, the stimulus sham, and a parade of other horribles.

Not only will they again run rampant over the American people any hint of scandal or any attempt at scrutiny will not see the light of day or be smothered before they appear on anyone's radar screen. If it is one thing Obama does not want, it is scrutiny.

How is that majority power manifested?

The party in control appoints the chairmen of these committees.

The chairmen of those committees have great power to decide what those committees do (or fail to do): they  can choose to hold hearings, call witnesses, and issue subpoenas to deal with a variety of topics -- including those that may be considered scandals. Or they can just table the issue and forget about it. Bad news would just be kept under wraps-never to see the light of day and sunlight, as Supreme Court Justice Louis Brandeis declared early in the last century, is the best disinfectant.

Cummings serves on the one committee that has been in the forefront in bedeviling the Obama administration since 2010: the House oversight and Government Reform Committee. Under Chairman Darrell Issa (R-Ca.) that group has been exposing one scandal after another once it fell into Republican hands after the 2010 midterm elections led to a red tide sweeping through the House.

But here is a hypothetical: what if the Democrats held the House?

Then the chairmanship would most likely be in the hands of the ranking Democrat on that committee -- none other than Elijah Cummings. And he already has displayed his approach towards the administration: to protect and to serve. Not coincidentally, he was promoted into that spot over another Democrat in order to run interference for Barack Obama. According to a Washington Post column from 2010, his new position "will enable him to be the Obama administration's chief defender against an expected onslaught of Republican-led investigations."  He has done so for the past two years in a variety of ways: giving witnesses a pass or an out, publicly criticizing Issa for engaging in witch hunts and a myriad of other ways meant to minimize the power of the committee.

If he were chairman, the committee would be rendered impotent or become a tool in Obama's war chest.

Now how can the GOP not mess this prime opportunity up -- as they have so often done?

Perhaps by seeking to capitalize on the growing trust problem besetting Obama and by emphasizing how Obama's lust for power must be checked by Republicans.

Obama has a growing problem among independents and they can be appealed to.  Once again appreciate the genius of our Founding Fathers who saw the wisdom of a people protected from government run amok by a system of checks and balances.