The Obama administration's "smart diplomacy" wasn't able to get the paperwork done properly in extraditing Edward Snowden from Hong Kong. At least that's the story the Hong King government is telling. Lydia Warren of the UK Daily Mail writes:

Hong Kong officials have claimed their hands were tied over Edward Snowden because the U.S. government used a wrong middle name for the NSA whistleblower on extradition papers.

Provisional arrest warrant documents listed his middle name as James, whereas it is Joseph. In other papers, he was just called Edward J. Snowden, Hong Kong's Secretary of Justice Rimsky Yuen said.

When Hong Kong asked the U.S. for clarification on Friday, they failed to respond in time for officials to stop Snowden's flight to Russia on Sunday.

This should be a deep embarrassment for anyone with the chutzpah to claim the label of smart diplomacy, but one has to go overseas to find it reported. My guess is that only conservatives will be informed of the bungling, ghettoizing information that is is harmful to the Obama administration.

Of course, there would have been other grounds for the HK authorities to avoid compliance with extradition, but China did not even have to invoke the veto it has over such decisions, thanks to Obama administration incompetence. Needless to say, there will no consequences for the wretch who couldn't get the target's name right. Maybe a paid vacation like Lois Lerner is taking right now, if PR issues arise.

President Obama realizes he has an embarrassment on his hands, though. He taken to his trademark sarcasm in demeaning Snowden: "No, I'm not going to be scrambling jets to get a 29-year-old hacker."

What difference does age make when dealing with espionage and leaks? Calling Snowden a hacker ignores the fact that he was both a government employee and a government contractor entrusted with access to the highest levels of information in the most sensitive area of espionage. A hacker is, in the popular imagination, some guy in a basement, or in a Chinese office building or Iranian facility, not someone who was a system administrator using the access provided to him by the government itself.

Meanwhile, it looks as though Snowden may live out a real life version of the Tom Hanks movie The Terminal. 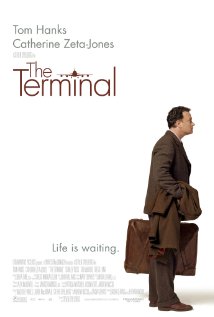 The embarrassment for the U.S. comes as Ecuador revealed it could take months to decide whether to grant asylum to Snowden. He is currently in a transit area of a Moscow airport but it is believed he is hopeful Ecuador will protect him.

Ecuadorean Foreign Minister Ricardo Patino compared Snowden's case to that of Julian Assange, the founder of WikiLeaks, who has been given asylum in the Ecuadorean Embassy in London.

I have to wonder if Snowden might actually be what he seems: a somewhat romantic, somewhat muddle-headed leftist who now is wondering what he has gotten himself into. His fate now depends on the convenience of governments far nastier than the one he betrayed.