Warning: mysqli_free_result() expects parameter 1 to be mysqli_result, bool given in /var/www/html/americanthinker/admin/common/functions/func.general.php on line 126
 This Is What Tyranny Looks Like - American Thinker
« IRS Update | Good Luck Being Unemployed Under Obama »
|

Here is a woman we will need to learn much more about in the coming weeks. Sarah Hall Ingram is a highly valued employee at the IRS. In the last three years she has received $103,390 in bonuses for her excellent work. She was the Commissioner of the Tax-Exempt and Government Entitles Division. Under her leadership, groups that expressed a fear of large, out-of-control government were systematically crushed by her branch of our large, out-of-control government. They were specifically singled out for harassment for political reasons. Secret information about the conservative applicants was leaked to leftist opposition groups to facilitate further harassment.

This was an organized political operation using State power to silence opposition voices. It is part of every tyrant's playbook. It tells you everything you need to know about the current state of our country to see that those who favor a limited government, the explicit goal of our founding documents, are now considered enemies of the State.

In a 2009 speech, Ms. Ingram explained her approach:

As a practical matter, we cannot subject every application for tax-exempt status to a painstaking, leave-no-rock-unturned review. Nor can we audit every organization's 990 every year. Nor would you want us to do so, right? To govern is to choose, and we must choose appropriately which applications or 990s to focus most attention on.

It is clear now that by "choose appropriately", she meant to harass the limited-government groups endlessly and let liberal and Islamic groups sail right through the approval process. 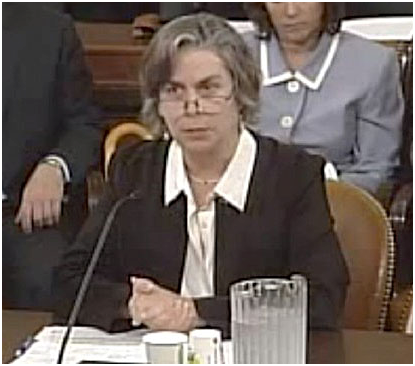 The good news is that this woman is no longer in charge of that department. The bad news is that she has been promoted and is now the head of the IRS' Affordable Care Act office. She and her comrades could have access to all your medical records. They will "choose appropriately" who has trouble with the state-controlled medical system and who sails right through. They will decide if it is appropriate to share your medical history with others.

But don't worry. I heard the outgoing IRS Commissioner say in Friday's congressional hearings that he has reviewed the situation and found that there was "no partisanship" in the years-long practice of singling out conservative groups for IRS harassment. None at all. There is just no reason to think that specifically targeting one side of the political spectrum had anything to do with politics.

And when Commissioner Steven Miller was asked why conservative groups were targeted for prolonged scrutiny, he said that it just happened because people were trying to be efficient. Sure. Months and months of delays with endless demands for more paperwork is the efficient way to go.

Miller was forced to admit that secret information gathered from certain conservative groups was passed along by the IRS to their leftwing political opposition. So the IRS illegally gathered information and illegally passed it along for political reasons. Mr. Miller said that these actions were "inadvertent".

There is more evidence of direct lies from IRS officials in Kevin Williamson's column, "The Nine Lies of Lois Lerner". One thing we learn from Williamson's article is that the current campaign by some officials to act surprised and disappointed by the news of IRS criminality is just a scam to deflect their own culpability. Everyone knew the Inspector General's report on the IRS was about to be released. The IRS needed to jump ahead of the report and act concerned. They were not concerned for years prior to being caught.

Bryce Buchanan lives in Oregon and blogs at www.realitybatslast.com