The man behind the Benghazi cover-up?

Stephen Hayes of the Weekly Standard has a must read column regarding the Benghazi cover-up by White House officials.

CIA career officials clearly and repeatedly identified Al Qaeda and Al Qaeda-linked Islamic terrorists as the culprits behind the murder of four Americans.

Of course, this would cause embarrassment for the Obama team, especially in the few weeks before the election. They had been boasting for years that Al Qaeda had been decimated, the "tide of war" was receding; they had been on a mission to whitewash the prospect of Islamic terrorism as a threat to America (see Lauri Regan's superb column ("Can a President who has promised to stand with Muslims protect America? ). Obama's Cairo speech before an audience that included Muslim Brotherhood officials that he compelled Egypt to include, was a paean to Islam. It was also, to a great extent, a work of fiction that included grandiose and subsequently disproven claims about the positive contributions Islam has made to America and the world. 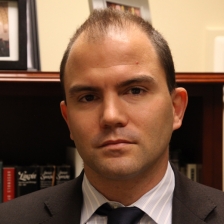 That is the man who Hayes "outs" as a key person behind the Benghazi cover-up.

He reportedly altered the CIA talking points to delete references to Islamic terrorists, "attacks" (they became "demonstrations") and other negative references to Islamism. Also, someone at the White House level apparently dreamt up the idea of blaming an inconsequential video for triggering a spontaneous protest, that in the frenzy of events, led to the murder of Americans. These CIA talking points were eviscerated to whitewash the role of Islamic terrorism.

There was a White House whitewash that should not be dismissed over events that occurred a 'long time ago;" contrary to Hillary Clinton saying that responsibility for the deaths of Americans serving their nation does "matter."  And despite Secretary of State's John Kerry's dismissiveness towards the Benghazi murders - "we got a lot more important things to move on to" - justice for the America's dead demands we find who is responsible.

Ben Rhodes should be called to account for trying to divert blame away from Islamic terrorists and the Obama team members whose feckless negligence led to the Benghazi massacre.

I have previously written about Ben Rhodes and his role in the Obama White House. It is shameful that this "kid" (he is all of 35) has been given any responsibility at all in our government.

In "Does it bother anyone that this person is the Deputy National Security Adviser?" I noted his problematic background for someone given so much power by Obama. But then again he does specialize in fiction-writing.

He earned a master's degree in fiction-writing from New York University just a few years ago . He did not have a degree in government, diplomacy, national security; nor has he served in the CIA, or the military. He was toiling away not that long ago on a novel called 'The Oasis of Love" about a mega church in Houston, a dog track, and a failed romance.

Not long ago, Rhodes was one of the obscure guys who wrote Obama's campaign speeches in Starbucks and played video games into the early morning hours. Now he attends national security meetings and takes writer's refuge in a secret office on the third floor of the Eisenhower Executive Office Building.

Wow - what a meteoric rise! What qualifies him to have been given such power to lie to the American people?  Why does he have so much influence with Barack Obama ?

Maybe it is just his avid willingness to do the bidding of his bosses, regardless of truth.

Why do I make this claim? Well, for one reason, Hayes notes he did it regarding Benghazi. But there is a pattern here that he puts his education as a fiction writer to work for political purposes.

Years ago, Democratic Senator and Obama-mentor Lee Hamilton plucked him from obscurity to write what became the Baker-Hamilton Iraq Study Group report. That report was rightly criticized for many reasons, among them was the stacking of its "expert list' with various pro-Arab apologist.  Incidentally, the commission ignored its mandate to focus on Iraq and instead devoted a lot of words to attack Israel. Some of the experts who were interviewed were appalled by the final written report because they felt it did not reflect facts, their testimony, or reality.

Who wrote this whitewash? Who was responsible for hitting the delete button of some of the expert testimony? Who tried to divert responsibility for terrorism away from where it belongs?

None other than Ben Rhodes - a man who has finally found a use for his fiction-writing education (since he failed as a novelist);  to whitewash Islamists and the Obama administration.

One hopes the House calls Rhodes as a witness in this week's hearings regarding the Benghazi massacre and the miscarriage of justice in Washington. Will his fiction-writing on behalf of Obama come to light?

He bears responsibility for a great deal of what has gone wrong in American foreign and national security policy for the past few years.