Warning: mysqli_free_result() expects parameter 1 to be mysqli_result, bool given in /var/www/html/americanthinker/admin/common/functions/func.general.php on line 126
 Scenes from the Democrat ruling class - American Thinker
« Kerry comes up empty in bid to get Russia's help in Syria | The twelve minute video that could make Jay Carney curl up in the fetal position »
|

Scenes from the Democrat ruling class

A lengthy criminal investigation of the son of prominent Congressman Chaka Fattah is underway in Philadelphia. It is always a bad thing to have the feds looking into throwing you in the slammer, but if it's going to happen, then it really helps to have blood ties to the Democratic Machine. They know how to shake money out of trees.

We learn from the Philadelphia Inquirer's Craig R. McCoy and Mark Fazlollah,

Former Gov. Ed Rendell and former Mayor W. Wilson Goode have launched a fund-raising effort to pay the legal bills of U.S. Rep. Chaka Fattah's son, who has been under federal investigation for months.

Rendell said he agreed to pitch in after Rep. Fattah contacted him for help. 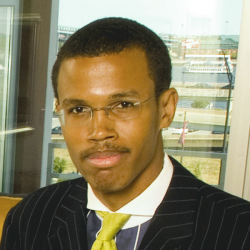 Rendell, in an interview, estimated that the Philadelphia congressman and his wife had spent $250,000 to help Chaka "Chip" Fattah Jr., 30, and said the costs had become a "little bit of a struggle" for the family.

Imagine that: he's not even under indictment, but they have laid out a quarter mill for legal talent. Must be the best, the kind of guys who charge $500 and up for an hour of their time, so maybe 500 hours or so of legal attention so far, with multiples of that to come should criminal indictments lead to a trial.  It kind of sounds like that's what they're expecting.

Dad earns almost $175k as a Rep, and stepmom is a news anchor on Channel 10 in Philly. So this glamour couple, this Philly Power Elite Pair, probably pull down at least mid six figures. 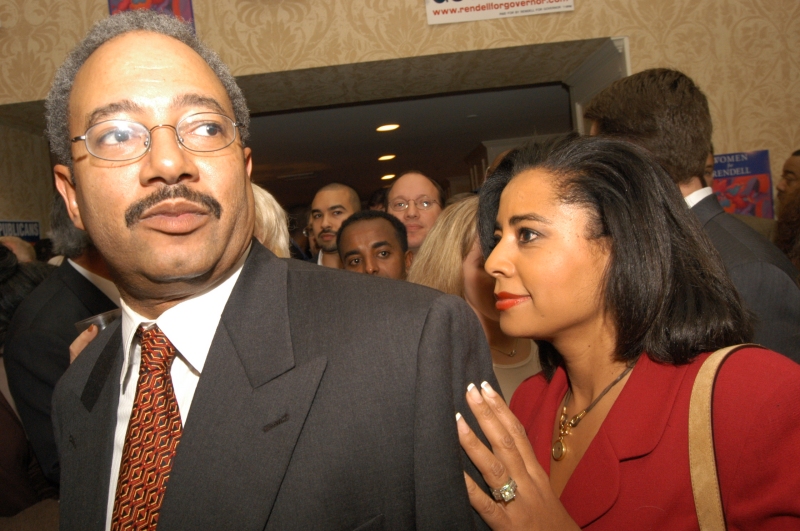 Well, if you have a former governor and a former mayor asking you, I guess it will be difficult to say no, especially if you do business with, are regulated by, pay taxes to, or otherwise come on the radar screen of government, especially in the Commonwealth of Pennsylvania. I mean, Ed Rendell says Chip is a "wonderful kid" and assures you that this has nothing, absolutely nothing to do with his father, the powerful congressman who has been a bedrock of the Congressional Black Caucus since 1995.

Late in February, the public first learned of the investigation via the Inquirer:

Federal authorities are investigating why a company owned by the son of U.S. Rep. Chaka Fattah was paid $450,000 by an education firm that has received millions in contracts from the Philadelphia School District, according to sources familiar with the probe.

Agents from the FBI and U.S. Treasury Department served two search warrants early Wednesday for Chaka Fattah Jr.'s records, the first at his apartment at the Residences at the Ritz-Carlton. They also seized Fattah's records and a computer from the Logan Square law office of David T. Shulick. He is president of Delaware Valley High School, a for-profit company that contracts with school districts to educate students with discipline problems.

The younger Fattah, 29, known as "Chip," is owner of a consulting company called 259 Strategies L.L.C. that works as a subcontractor for Shulick's companies. Fattah Jr. has working space at the law office.

The $450,000 payment from Shulick's company is more than 10 percent of the approximately $4 million that Delaware Valley will receive from the School District this year.

Now, I am certain it is just a coincidence that finding money for education - especially money for those labeled "disadvantaged" -- happens to be one Chaka Fattah, Sr.'s principal legislative accomplishments. He staked out that territory first with the Gaining Early Awareness and Readiness for Undergraduate Programs (GEAR UP) which, even though you may never have heard of it has passed out a cool 4 billion bucks to help "disadvantaged" youth get ready for college. Since those early days, the Congressman has been busy getting more federal money for targeted recipients.

It may be that this investigation will result in no indictment. Or even if an indictment is issued, Chip will be found not guilty. In which case, he will be very lucky indeed to have found some good friends to help him out. What I find noteworthy is how cushy it can be to be born into the Democrat ruling class.

You might assume that because he had working space at a law firm that Chip was a lawyer. Sorry, not even a college grad; dropped out of Drexel. Before he got into "consulting," he ran a "concierge firm catering to the wealthy, such as by chartering them private jets on short notice." A high end gofer. I wonder what other sorts of things he procured for people rich enough to chargetr a jet but not quite rich enough to own one? Maybe some of his ex-clients there will kick in. In any event, it helps to have friends in powerful places.

Living at the Residences at the Ritz Carleton in Philly is not exactly slumming, either. "The 48-story contemporary masterpiece accented by a dramatic crystal spire, the new tower has transformed Philadelphia's skyline and forever redefined condominium living"

Rendell and Goode have already badly bungled this project, at first laughably claiming that the donor list would be kept private, and that the Congressman would not know who had contributed:

Craig Holman, a lobbyist with Public Citizen, a nonprofit organization that advocates for more transparency in Washington, said the Fattah Jr. fund could be a magnet for "businesses and special interest groups who have a lot of money and who are looking at ways to throw more money at the feet of the congressman by any means possible."

Holman said any plan short of full disclosure would have had problems. Even if a donor list had been kept from Rep. Fattah, Holman said, he would likely learn the donors anyway. "You can bet the lobbyist for the [donating] company is going to let the congressman know about it," Holman said.

Under congressional rules, legal defense funds that benefit officials must disclose donations, and the size of donations is capped. Those rules apply to funds for the officials, not their relatives.

On Friday, Burrell said all donations, amounts of donations, and all fund expenditures would be made public "to be fully transparent."

Making no judgment as to the merits of the possible case against Chip Fattah, it should be obvious that the massive amount of spending on government education (we spend more money per student than any other major country) has become a piggy bank for the Democratic Machine. The recycling of money through union dues laundered into political contributions for the Democrats is the mostly (but not completely) visible component. Grants, contracts, administrative fees and the like are another target of opportunity for politicians seeking bucks, and maybe for their offspring with no professional education.