Warning: mysqli_free_result() expects parameter 1 to be mysqli_result, bool given in /var/www/html/americanthinker/admin/common/functions/func.general.php on line 126
 Obama's problems with Syria chemical weapons could be Israel's fault - American Thinker
« How wrong has President Obama been about Latin America? | NY Times slams democracy in Israel »
|

Obama's problems with Syria chemical weapons could be Israel's fault

That is the proposition being cast into public discussion by Colin Powell's former chief of staff, retired Col. Lawrence Wilkerson. Speaking on cable news about how President Obama should handle early evidence that Syria may have used chemicals weapons, he said:

"I think the President's statement was very circumspect, very prudent," Wilkerson says. "We don't know what the chain of custody is. This could've been an Israeli false flag operation, it could've been an opposition in Syria... or it could've been an actual use by [Syrian President] Bashar al-Assad, but we certainly don't know with the evidence we've been given. And what I'm hearing from the intelligence community is that that evidence is really flakey." (video here) 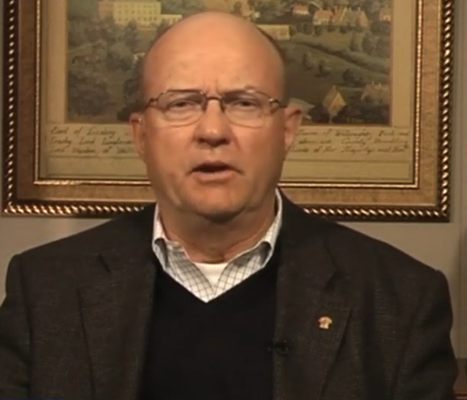 What possible reason could Israel have for ginning up pressure to sanction Assad? If anything, he is preferable to the Muslim Brotherhood getting ahold of the WMDs he has kept more or less secure.

Fortunately, this contention of Wilkerson's appeared in the dying days of Current TV, soon to be converted to Al Jazeera America. Perhaps they are just warming up for the hate Israel fest to follow when the Qatar crowd takes over, and auditioning.

Ed Lasky had Wilkerson's number in 2006:

Wilkerson has a history of making anti-Israel (some bordering on anti-Semitic) statements and believes in the neo-conservative "cabal"  and who can be quoted,

"I have some reservations about people who have never been in the face of battle, so to speak, who are making cavalier decisions about sending men and women out to die. A person who comes immediately to mind in that regard is Richard Perle, who, thank God, tendered his resignation and no longer will be even a semiofficial person in this administration. . . . I call them utopians. I don't care whether utopians are Vladimir Lenin on a sealed train to Moscow or Paul Wolfowitz. Utopians, I don't like. You're never going to bring utopia, and you're going to hurt a lot of people in the process of trying to do it.

Apparently the utopia they are peddling in Cuba is a lot more appealing to Wilkerson. From Janet Shagam via Clarice:

Wilkerson has been on the speaking circuit for the Center For International Policy about Cuba.

CIPs also got speaking engagements for Joe Wilson. The head of CIPs is married to WaPo "reporter" Dana Priest.

Wilkerson was part of a two-day conference, which took place at the Cuban Club in Ybor City, about a possible rapprochement with Cuba that was sponsored by the Washington-based Center for International Policy and Tampa Cuban activist Al Fox's Alliance for Responsible Cuban Foundation.