King David Repented. Obama Will Not.

King David impregnated Uriah's wife.  Then David ordered that Uriah be killed to cover up his sin.  When confronted about his evil by the prophet of God, David fessed up, repented, and begged God to forgive him.

We are all capable of evil.  Though King David was a flawed human being, by repenting, David displayed humility and character.

Unfortunately, King Obama has neither of those qualities -- thus making him undeserving of our forgiveness for his administration's deplorable behavior regarding Benghazi and the Boston bombing.

Only a remnant of blacks and conservatives considered silly things such as Obama's agenda and character.  And for that, they were persecuted, called racists.

But folks, character always matters.  Ignoring this undeniable truth always eventually comes back to bite you in the derriere.  Barack Hussein Obama told us who he was back when he was an Illinois senator: a man willing to put himself and lust for political power above protecting innocent life.

Remember the Born Alive Act?  Illinois hospitals were legally forced to let babies die who survived failed abortions.  Nurse Jill Stanek testified about her heartbreak of rocking a baby in her arms for 45 minutes until he died rather than attempting to save the baby's life -- because it was company policy. 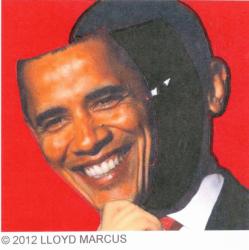 The Born Alive Act would stop the cruel infanticide.  Senator Obama voted against it three times to assure his support from Planned Parenthood and the NOW gang.

In a recent speech to Planned Parenthood, Obama reaffirmed his loyalty and attacked those who criticize or oppose abortion.  PP kills 4,000 babies a day; a disproportionately high percentage are black.  As babies die, Obama's favor with racist abortionists and radical feminists continues to rise.

There are numerous examples of Obama's "all about me" politics.  But for the sake of time, let's fast-forward to Benghazi.

Obama has declared that the war on terror is over and he has Al-Qaeda (global militant Islamist) on the run.  So as not to embarrass Obama, his administration attempts to portray the continuing terrorist attacks as crazy individual domestic crimes.

Remarkably, protecting Obama supersedes protecting the lives of the American people -- yes, it's even more important than national security.

Whistle-blowers say four Americans died because the Obama administration refused to deal with the assault on our embassy in Benghazi as a terrorist attack, denying those inside proper protection.

Upon the capture of the Boston bomber, the question all Americans wanted Dzhokhar Tsarnaev to answer was, is he a part of a group, and are more attacks scheduled?  The Obama administration ran to Mirandize and lawyer up Dzhokhar, ending any opportunity to interrogate him.

Think about that, folks: protecting Obama's claim that the war on terror is over overrides national security and the lives of Americans.

Character always matters.  Obama and company's cover-ups confirm that this man is severely character-deficient -- unworthy of his role as leader of the free world.

America and the world deserve better.