« Should Dzhokhar Tsarnaev be designated an enemy combatant? | Stemming the Tidal Wave »
|

What did Dzhokhar learn about Chechnya in school?

We've heard a lot of speculation about Tamerlan Tsarnaev as the reason Dzhokhar went bad, but maybe there were other influences, as well. Steve Urbon, a columnist for the local newspapers where Dzhokhar went to college, has broken the story of his academic path toward obsession with Chechnya. Naturally enough, it started in high school, at Cambridge Rindge and Latin School. Urbon writes in SouthCoastToday, a paper serving the New Bedford area:

It was a perfectly logical thing to do. English teacher Steve Matteo at Cambridge Rindge and Latin High School put his Chechen-born student in touch with a friend who happens to be one of the top experts on Chechnya, UMass Dartmouth's Brian Glyn Williams.

That was two years ago. The assignment was to have each student in the very diverse class research their own ethnicity and write about it. Dzhokhar Tsarnaev, whose family fled the horrors of the Russian occupation, was about to learn about some harrowing things he escaped from at a very young age.

Okay, let's stop right here. America saved this kid's butt by getting him out of that hellhole, along with quite a

number of family members. And he goes to school in one of the most progressive towns in America, and instead of learning about his new homeland, learning to value that which can integrate him into a common culture, he is instead directed right back to the conflict-riven place he came from.

Of course, as new immigrants, they should have been learning about their new American identify -- yet their Cambridge high school teacher apparently wanted them to learn all about the old country, so to speak, and not the new one. Interestingly, I can't recall any classes or assignments of this type when I was growing up. What's more, when I and other kids learned about the American revolution, the class was taught in a way that made all of us think that we shared this history (including those of us whose ancestors immigrated to America many years after the revolution).

The diversity madness that has gripped education ever since the left seized control is aimed at fragmenting Americans, eroding the commonality that should be emphasized to bind us together as a people. And that goes double for immigrants, who ought to be encouraged to acculturate themselves, to become part of what they came here for.   But instead of that emphasis, which was the norm 50 years ago, education is now focused on indoctrinating youngsters into the cult of ethnic identity and separate consciousness.

In that context, I suppose that Steve Matteo did a commendable thing by introducing Dzhokhar to an academic resource in local higher education. Steve Urbon continues: 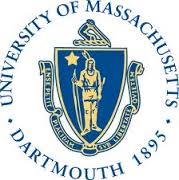 Williams, whose classes on the War on Terror are routinely packed, obliged by exchanging emails with the then-17-year-old student. (snip)

As Williams put it, an ancient civilization was being wiped away. As many as one-fifth of the Chechen population of less than a million died in those years.

On Friday morning, Williams awoke to hear that this young man was the suspect being sought in the Boston Marathon bombing Monday.

Williams shot me an email. I phoned him and at one point I heard a rare twinge of worry in his voice. "I hope I didn't contribute to it. That kid and his brother identified with the Chechen struggle," he said. (snip)

But Williams recalled the student clearly, though the two never met and communicated by email, Williams sending him links to academic papers he's published and books he recommended.

Professor Williams looks to have solid academic credentials, research, and publications, and I would not for a

moment suggest that he indoctrinated young Tsarnaev to hate America. He is a columnist for HuffPo, and probably sympathetic to the Chechens' cause. But he should not be a scapegoat. The point here is that or educational obsession with diversity is destructive for especially the children of immigrants. Usually, merely tends to ghettoize immigrants and fragment society. But when we admit refugees from war zones where Islam is a combatant, educating their children to immerse themselves in the hatreds of their former homelands seems a perverse policy, given the availability of jihad outreach to every disaffected young person.