« 9/11 museum will charge admission after all | Are blacks on board for immigration reform? »
|

Conservatives have studied Alinsky long and hard enough that they are starting to employ his rules against the legacy media establishment.  In the face of the MSM blackout on the Gosnell trial, conservatives are fighting back with "a challenge to journalists never seen before," as Lucianne Goldberg put it today.

Pajamas Media has established an anonymous tip hotline for media people to blow the whistle on spiking of coverage of the Gosnell horrors at their newspaper, TV station, website, or network. 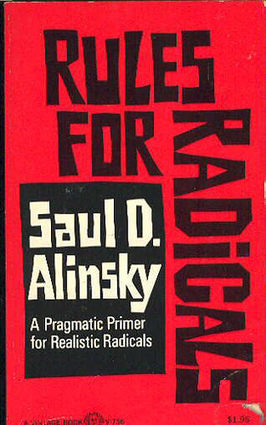 "Make the enemy live up to its own book of rules."

Here is the appeal JPM is making to the consciences of journos:

In an immoral, unprofessional, bizarre - surely, several other negative descriptors are apt - display of unity, virtually the entire U.S. media industry save for those generally referred to as "conservative outlets" have instituted a blackout of the trial.

Infanticide - the crime that gave even Timothy McVeigh pause - is a left/right issue for your employer?

The media behavior regarding the trial of monster Kermit Gosnell is a turning point: with all of conservative media's complaints regarding the liberal bias of U.S. media, we never imagined this could happen.

We know there are journalists out there infuriated by their employer's current behavior: The change must start with you.

We are looking for whistleblowers: if you have any information regarding why your employer is not covering the Gosnell trial, please submit it here. Your anonymity will be protected.

"Pick the target, freeze it, personalize it, and polarize it."

So we have to focus on individuals, like editors and reporters, and make it personal for them. Use Now comes viral distribution of the challenge. Use their names.  Ask them in public and via email why they spiked the story. Use their coverage of OJ or Jody Arias as examples of "local crime stories" they covered. There are enough people appalled by this amazing black hole foisted upon the public that they can let their friends online know that their own home town's paper or TV stations spiked the story, let people know who the editors are, and how to reach them. Make the people who work in the local media hear about how stupid they look, and find themselves being 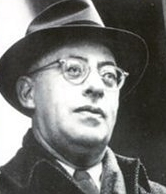 made fun of online and in local talk radio, perhaps, as well as face a barrage of emails.

Conservative minds now get it; we realize that we have to play offense, and we have to play on the terms the other side defined. We have reality on our side. The strongholds of the progressives are in institutions that are dissolving as the internet gobbles up the media. The broadcast networks and newspapers face see the gallows ahead. The look strong but their fiscal foundations are rotting out from under them.