« Why LIVs Love Obama | Surprise! The recession isn't over »
|

History Channel's The Bible has Satan that looks like Obama

Hell, yeah! It's about time our side started employing the dark arts of media propaganda just as the left has been doing for decades. The tweets started flying with people noticing that last night's episode of the high rated series employed a version of Old Scratch that sure reminds you of Obama: 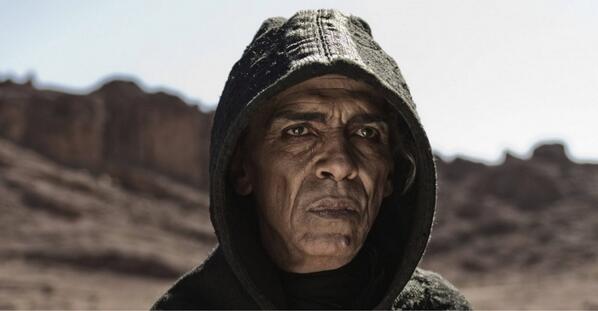 This miniseries is now officially a cultural landmark. It has already demonstrated the vast gulf between media critics and the public they supposedly guide with their insight: almost universal critical disdain and a public that watches in numbers so huge that producers must take notice and start thinking how to tap into the same market. But subliminally identifying Obama with Satan catapults the series into political significance.

To be honest, I haven't seen a minute of it yet. I hear that it is full of commercials, so I would prefer to watch it later, perhaps paying a small sum for the privilege of a continuous narrative. I read the book, so am not in a hurry to find out what happens.

Update: James Nye of The Telegraph credits Glenn Beck with first tweeting this on Saturday:

Right-wing commentator and radio-host Glenn Beck first pointed out the eerie similarity on Saturday, tweeting, 'Anyone else think the Devil in #TheBible Sunday on History Channel looks exactly like That Guy?'