Critics and public disagree about History Channel's The Bible

Once again, critics appear to be at odds with the public when it comes to popular entertainment. Sunday's debut of The History Channel's series The Bible achieved record ratings. David Zurawik of the Baltimore Sun writes:

The networks might be struggling on Sunday nights but not basic cable's the History Channel. The miniseries beat everything in sight Sunday night with record ratings for "The Bible."

I think this quote from executive producers Roma Downey and Mark Burnett might be a little over the top: "Today, more people are discussing God's chosen people -- Moses and Abraham -- in one day than ever before," Downey and Burnett are quoted as saying in a History Channel statement.

Still, you have to be impressed by the numbers. 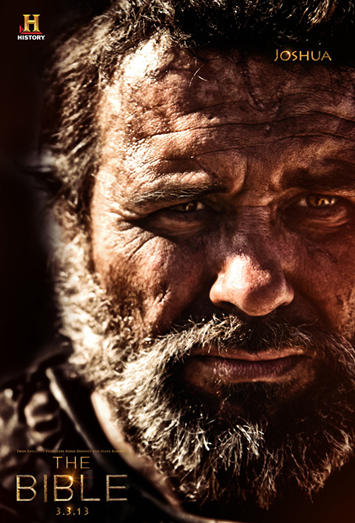 Sunday night. They are not good. My web host, AOL, doesn't even talk about it, although that's not unexpected. AOL/Huffpost are Left secular.

Well I watched it last night and I thought it was terrific.

I came in a little late and don't know if they started with Adam & Eve, but when I entered it was just before Abraham almost had to offer his son Issac as a sacrifice. The buildup and climax were powerful and moving. I'm a father. What a nightmare that must have been. They showed it. And what a joy it was when God provided the lamb and Abraham, knife atop his son, was given the reprieve.

The point of that Biblical story is strong faith, always relevant. Abraham had such faith that he would have given his son for God. That's inconceivable today. But the God of Abraham was tough. Christians can rejoice that He actually did what he'd asked of Abraham and gave his own son. But then He resurrected him, which gives new meaning to the Old Testament story. Death, where is thy sting? Those who have the faith of Abraham can actually believe they will see their loved ones again. In general, faith can move mountains. Ghandi beat the British with it. Martin Luther King bested segregation with faith.

I heard the producers of the show a few days prior to its airing. The reporter interviewing them asked, "You don't actually believe the Bible is literally true?" Without batting an eye, one of them said yes. And that was how they were going to present it in the series. In my opinion that's the right call. It works perfectly.

We live today in a world in which the granddaddy science, physics, says matter, such as an electron, can be in two places at the same time. That's impossible. But the Quantum Mechanics says it's true. So why can't the Bible be true? Archeology is continually finding proofs of its truths. Not only do the Ten Commandments show the way to live a happy, prosperous life but, for instance, the Israelis used the Bible for strategy and to find waterholes in the Six Day War.

There's always room for interpretation - exactly what are the time frames, how did the Red Sea part? But I remember my mother saying, there's a man who will give a million dollars to anyone who can prove the Bible false. No one ever got the money. You can believe it's false. But prove it? That's a different matter.

So portraying it as written is, in my mind, the right decision. I certainly don't want to see some modern interpretation. Watered down religion doesn't work. I heard a newscast today. The cardinals meeting in Rome to elect a new Pope were, among other things, concerned with making the Church relevant. Cringe. They're going to take 2000 to 4000 years of knowledge, history, belief, martyrdom and general blood, sweat and tears throughout the ages and make it relevant? What's not relevant? In The Bible series we see the same dilemmas human beings have been faced with since Adam and Eve - hate, revenge, jealousy, excess, murder. Need I continue? Are we going to have hip-hop sermons to solve them?

The series did take some license by dressing the male angels who visited Lot in Roman breast plate and giving them ninja fighting skills as they fought the men of Sodom who wanted to sodomize them. But they also were politically correct in not identifying exactly what the men wanted to do as the Bible does. My Living Bible quotes the shouting crowd as demanding of Lot, "Bring out those men to us so we can rape them."

Regardless, the series is well worth watching, strong, true, and moving. I read a reviewer who said he wouldn't let his children see it. It was too violent, among other things. Well, the world is violent and has bad things. The key there, in my opinion, is be there to answer child's questions. That's how you fight violence and most of society's ills - loving family. The world is full of bad things. The Bible addresses them. Based on the opening episodes, I highly recommend it.