Warning: mysqli_free_result() expects parameter 1 to be mysqli_result, bool given in /var/www/html/americanthinker/admin/common/functions/func.general.php on line 126
 First line of defense: whistles - American Thinker
« An innocent Sri Lankan maid is beheaded in Saudi Arabia | Save the world: Don't work so hard »
|

What do you do when rapists start preying on young women at a university that proudly declares itself a gun-free zone? Why, of course, you start giving out free whistles. Yeah, that'll work.

Administrators at Washington University in St. Louis are arming students with safety whistles following a series of armed robberies. The university, however, plans to maintain their ban on guns. 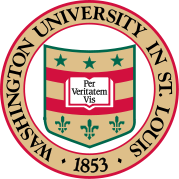 The whistles are meant to "frighten away" would be evil doers, WU spokesman Steven Givens told Campus Reform Wednesday.

"The whistle can signal your need for help, frighten away someone who means harm to you, or alert others to call the police," said Givens. [Note: As they old saying goes, "When seconds count, police are there in minutes."]

The whistles, which cost the university roughly $2,000, are available to students free of charge and represent a "safe" and "non-violent" way to defend against criminals, he added.

"The Defender is shrill, loud, and of very high quality," said Givens. "It also bears the 'WU' insignia."

WU currently bans firearms on campus, even for individuals who hold a concealed weapon permit.

The Washington University Police Department is offering a metal whistle for personal safety free to men and women students, faculty, and staff. The whistle can signal your need for help, frighten away someone who means harm to you, or alert others to call the police. The whistle is safe, non-violent, and, when carried on a key-chain, cannot be used as a weapon against you.The Defender is shrill, loud, and of very high quality. It also bears the "WU" insignia. In fact, it's exactly the same whistle made for the National Fraternal Order of Police. Whistles are available in the Communications Center of the Police Department, our crime prevention office, or by calling us at 935-5084, or request one on-line. Remember: DO NOT BLOW THESE WHISTLES EXCEPT FOR EMERGENCIES

The right of self-defense is a fundamental aspect of natural law. But at Washington University, they don't even bother handing out scissors, which even DHS recommends as a means of self-defense.

Passivity in the face of evil, relying on others (similarly unarmed until the police arrive) to come to the rrscue amounts to surrender to evil on the time payment plan.