Warning: mysqli_free_result() expects parameter 1 to be mysqli_result, bool given in /var/www/html/americanthinker/admin/common/functions/func.general.php on line 126
 Free Jon Hammar...by All Means - American Thinker
« Was it the Meds? | A crack in Obama's armor? »
|

I use "By All Means" in its idiomatic sense, "Without Fail," and it its literal sense, "By Use of All Available Methods."  For the incarceration of former Marine Sergeant Jon Hammar is an outrage to America and to all Americans that must not be allowed to stand, and every one of us should employ every method at hand to compel Mexico to release him.

Mr. Hammar registered a family heirloom shotgun on 15 August with U.S. Customs.  Then he crossed into Mexico -- and he has been incarcerated since on charges related to possession of illegal weapons. 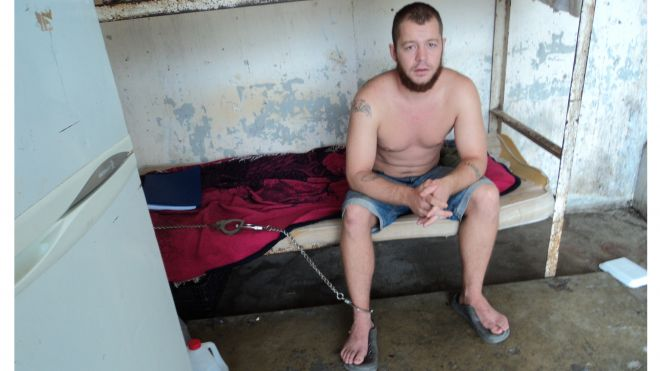 Coverage of this disgrace has been minimal, and Team Obama's actions have been pitiful.

A small movement is trying to gain Mr. Hammar's release, and I encourage everyone to support it (here, here, and here) and to encourage all your friends, all your Tea Party contacts, all your political representatives, and everyone you can contact in the conservative blogosphere to do the same.

I have never been an advocate of boycotts, but Mr. Hammar's case demands a boycott of all things Mexican -- from Cancún vacations to Caribbean cruises to Taco Bell!

Start with the Mexican government and then Taco Bell and then some of these blogs.