Warning: mysqli_free_result() expects parameter 1 to be mysqli_result, bool given in /var/www/html/americanthinker/admin/common/functions/func.general.php on line 126
 Who killed Hostess? - American Thinker
« Roger Cohen and the New York Times: Useful Idiots | The Immorality of Mideast Media Coverage »
|

The left is madly spinning (aka, lying about) the impending demise of Hostess, trying to blame the free enterprise system, and even Mitt Romney's former firm, Bain Capital. This is a lie. It was inside job of the left, with a prominent Democrat helping himself to consulting fees and a hundred thousand dollars a year sinecure for his son.

Richard Trumka of the AFL-CIO is in the lead on the disinformation campaign, last week stating:

"What's happening with Hostess Brands is a microcosm of what's wrong with America, as Bain-style Wall Street vultures make themselves rich by making America poor." (snip)

"Crony capitalism and consistently poor management drove Hostess into the ground, but its workers are paying the price." 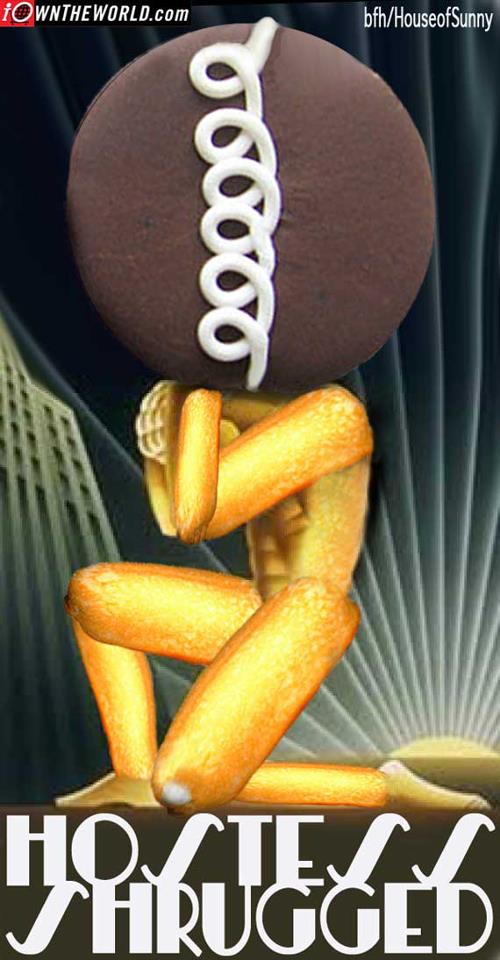 This is utter BS, as well documented by Andrew Ross Sorkin of the New York Times. The private equity firm which purchased and tried to fix Hostess, Ripplewood Holdings, is closely aligned with the Democratic Party and labor unions:

...the story of Hostess and private equity - at least over the last couple of years - is hardly the cliché that Bained portrays. No tears need to be shed for Ripplewood and its investors, but they weren't part of a get-rich-quick scheme either.

Ripplewood, which was founded by Timothy C. Collins, a major Democratic donor, is expected to lose most, if not all, of the $130 million or so it invested in Hostess. The company's lenders, led by Silver Point Capital and Monarch Alternative Capital, are not expected to fare well either.

The behind-the-scenes tale of Hostess and Ripplewood may be the opposite of a project to buy it, strip it and flip it. When Mr. Collins originally looked at Hostess, he was trying to make investments in troubled companies with union workers. He was convinced that he could work with labor organizations to turn around iconic American businesses, and he hoped Hostess would become a model for similar deals.

Early on, Mr. Collins sought out Richard A. Gephardt, the former House majority leader, who had become a consultant on labor issues, to help Ripplewood acquire Hostess and work with its unions. Mr. Collins had previously been a donor to Mr. Gephardt's election campaigns

While the unions and their media allies like to cite executive salaries and consulting fees paid to executives as outrageous, they are ignoring left winger Dick Gephardt cashing in for himself, and more outrageously, for his son, who was appointed to the Hostess Board and paid one hundred thousand dollars a year.

Hostess has failed to reach agreement with the Bakery, Confectionery, Tobacco Workers and Grain Millers International Union, which, unlike the Teamsters Union, is unwilling to agree to givebacks in order to keep the company alive, triggering its liquidation and the loss of over 18,000 jobs. The Teamsters, notably, are not affiliated with the AFL-CIO , while the Bakers are part of the labor federation headed by Richard Trumka.

Trumka has a long and sordid history of selling out union workers for his personal political power and career advancement. Clarice Feldman described for our readers his sell-out of the mine workers when he headed the United Mine Workers of America, allying with President Obama, who has made clear his intent to close down coal mines and destroy mining jobs, sacrificing his members' livelihood, while his political sway earned him a promotion from his own union to head up the entire AFL-CIO and emerge as one of Obama's key allies.

It is time for conservatives to start employing some of the tactics of the left, and hound Trumka and Gephardt for their disgraceful roles in selling out the workers. Allowing the media and labor bosses to spin Hostess as the fault of Mitt Romney is simply ridiculous.