Warning: mysqli_free_result() expects parameter 1 to be mysqli_result, bool given in /var/www/html/americanthinker/admin/common/functions/func.general.php on line 126
 For some women, science really is hard - American Thinker
« Candy Crowley: Obama's Organic Helper | Hillary falls on her sword for Obama »
|

For some women, science really is hard

[T]hat men outperform women in maths and sciences because of biological difference, and discrimination is no longer a career barrier for female academics.

In a lengthy address delivered without notes, Dr Summers offered three explanations for the shortage of women in senior posts in science and engineering, starting with their reluctance to work long hours because of childcare responsibilities. He went on to argue that boys outperform girls on high school science and maths scores because of genetic difference. "Research in behavioural genetics is showing that things people previously attributed to socialisation weren't due to socialisation after all," he told the Boston Globe yesterday. 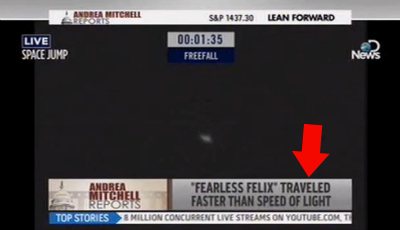 Uh, Andrea, I know they seem alike but Baumgartner traveled faster than the speed of sound, 833.9 mph; had he traveled at the speed of light --no more Felix.  Nothing travels faster than light.  Just ask Einstein.

I know, math and science are hard--even for smart people such as yourself.