For sheer colorful political lunacy, no spot on earth matches San Francisco. And fortunately for the rest of us, an anonymous journalist going by the name of Zombie chronicles in word and image the public events of the lunatics. The latest chapter in Zombie's oeuvre records, investigates, and analyzes the second annual Slut Walk.

The original pretext for this gathering of various malcontents was a comment by a constable in Canada that women could decrease the probability of getting raped if they didn't dress like sluts. Zombie hoped that in the wake of Sandra Fluke's speech at the DNC, this year woudl be even bigger.

Alas, a smaller outing resulted this year, indicating that this particular pretext for outrage is actually fading, as do most ginned up protests, sponsored by people just itching to take offense because they are such victims, and self righteousness is so much fun. Especially if you are a total loser.

The pictures alone are well worth a visit.  There are pretty sluts 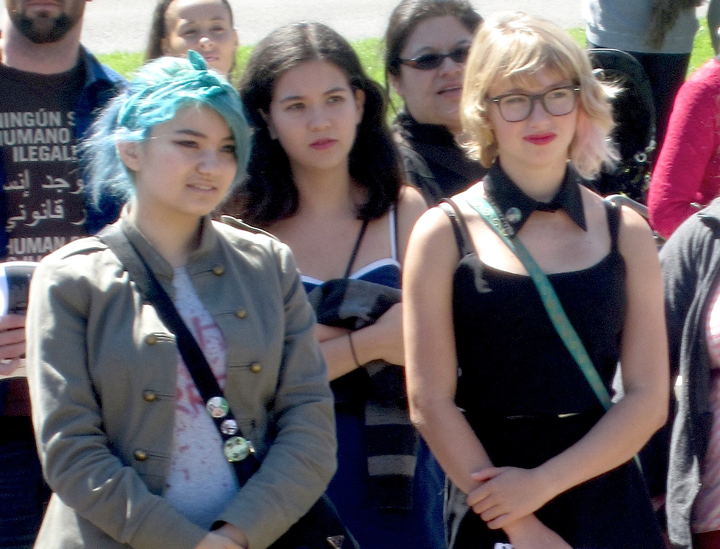 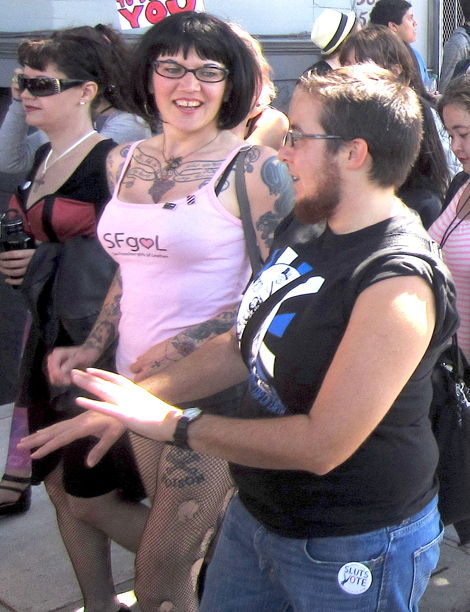 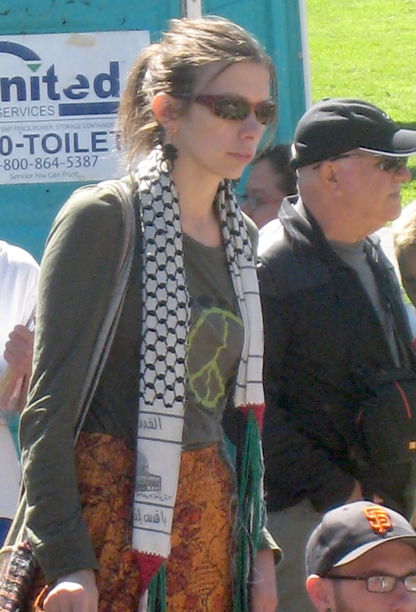 ("Because everyone knows how sluts are welcomed in Muslim culture!")

to be seen. But there is also some excellent analysis and detective work by Zombie, uncovering the communist efforts to recruit and co-opt any protest that happens to come along.

If you enjoy pictures of exotic creatures in foreign savannahs, jungles, and deserts, you will probably also enjoy their colorful and unusual looking species that turn out for a slut walk in San Francisco.