How culture affects the landscape

By Elise Cooper and Phil Cooper

A few days ago Mitt Romney made these remarks in Israel, "Culture makes all the difference...and as I come here and I look out over this city and consider the accomplishments of the people of this nation, I recognize the power of at least culture and a few other things." Palestinian negotiator Saeb Erekat responded, "What he said about the culture is racism."

What Romney has said has been well known for years among Israel's supporters, that before the Jews controlled the land it was barren and uncultivated.  My son just last month took this picture, while in Israel on a student trip, which pretty much proves Romney's point.  This picture is definitely worth one thousand words. 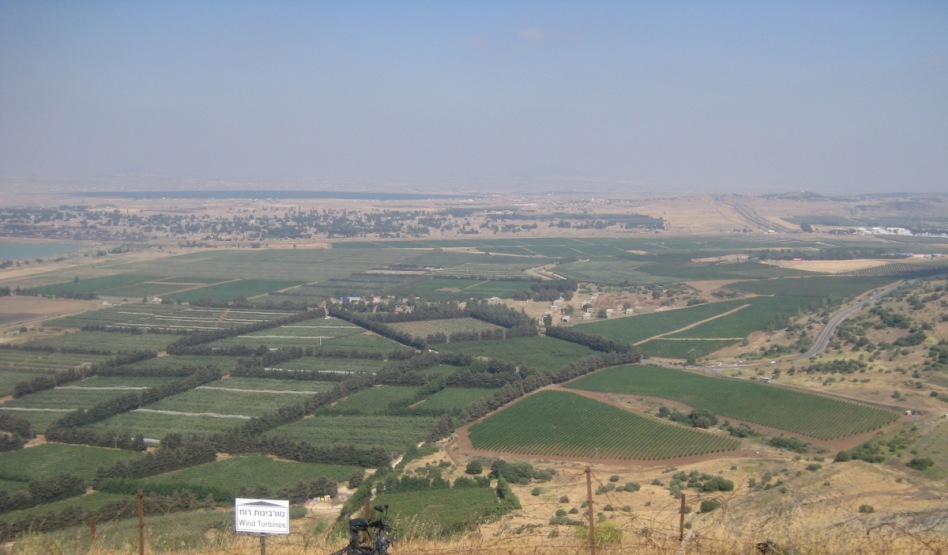 It was taken on Israel's Northeast border, an observation point on Mount Bental at an abandoned Israeli bunker overlooking Syria.  The green pasture is Israel and off in the distance, the barren land is Syria.