Warning: mysqli_free_result() expects parameter 1 to be mysqli_result, bool given in /var/www/html/americanthinker/admin/common/functions/func.general.php on line 126
 Government as far as the eye can see - American Thinker
« For God's Sake Mr. President...Man up! | The Chick-fil-A Phenomenon »
|

Government as far as the eye can see

Stop! Hold everything you're doing right now and look around. Can you see anything that could inadvertently harm a child?

Got paperclips out on your desk? Lock them away for safe keeping lest a little person come along and swallow them.

In the kitchen preparing lunch right about now? I recommend pureeing the carrots instead of cutting them into pieces that could accidently be swallowed by a young person, causing choking hazard.

Bottle of shampoo sitting out on your bathtub? Toxic drink. Store is away. Pens and pencils on your desk? Tools of impalement. Put them away.

You don't have young children in your home? It doesn't matter. The government is thinking about it for you anyway - thinking about the infinite (and I do mean infinite) ways they can protect us from harm.

The latest case in point: Buckyballs. 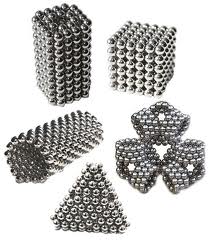 Buckyballs are small magnets that can be manipulated into a variety of forms. They are marketed to adults with warnings plastered all over them about potential choking hazard to children.

Because since 2009, a dozen young people swallowed some, requiring surgery. As Michelle Malkin writes:

A dozen swallowing incidents have been linked by the CPSC to Buckyballs since 2009. Compare that to the estimated 30,000 emergency room visits that occur every year as a result of children swallowing government-minted coins.

As it turns out, the majority of emergency room visits pertaining to children swallowing non-food products are for products that are not toys of any kind. Instead, children are increasingly swallowing small batteries, such as those used for remote controls, hearing aids, and so forth.

Then there is the spike in emergency room visits for sports-related injuries.

Eye injuries from aerosols are another reason kids wind up in emergency rooms.

Are we going to ban these products because of the danger they pose when inappropriately in the hands of a child?

I care deeply about children and believe it's crucial to protect them from harm.  But to arbitrarily pick and choose certain products to demonize is crazy.

There is no limit to how far down this path the government can go. With each step further toward the nanny state, we give up our freedoms and we take away the central agency for child-rearing, which is the family.

Government as far as the eye can see is communism. And that is the path we are headed on. Many may scoff and say I exaggerate. But what is going on in America at present is a slow steady drip. And one day, we might wake up and realize that an unthinkable transformation has occurred.

And this is what Obama intends. He is transforming America not in one dramatic sweeping move, but in a steady assault on freedom and individual liberty.

Some may say this latest attempt to shut down a successful business is silly, not worthy of attention. I mean, Buckyballs?  It's not that compelling, is it?

Well, as it turns out, it is. It's the government stepping in and suggesting parents need not attend to the safety of their children. The government will. And who can argue with a benevolent government that only wants what's best for the children?