A farmer zoning matter involving a bullying, lawbreaking bureaucrat, and featuring the "pitchfork protest" in Northern Virginia's Fauquier County on August 2 has gained an unusual amount of national attention, and for good reason.

Smitty at The Other McCain was there and writes,

"First they came for the farmers . . . as was demonstrated at the Warren Green Building in Warrenton, Virginia . . . . It was a pleasant summer day in what looked to be a quaint rural Virginia town. Not the kind of place you'd expect to be ground zero in the current national discussion of whether individual liberty matters in the face of the all-powerful regulatory state. Matters of zoning are as cogent as ObamaCare, we quickly find."

A letter from Fauquier County Citizens for Family Farms to the Fauquier Board of Supervisors (disclosure: I'm a signer, and urge you to read it) demanding that Zoning Administrator Kimberley Johnson be fired, states the case.  Fauquier County is breaking the law in many ways including how it enforces the law, and is trespassing on the rights of farmers and other citizens. 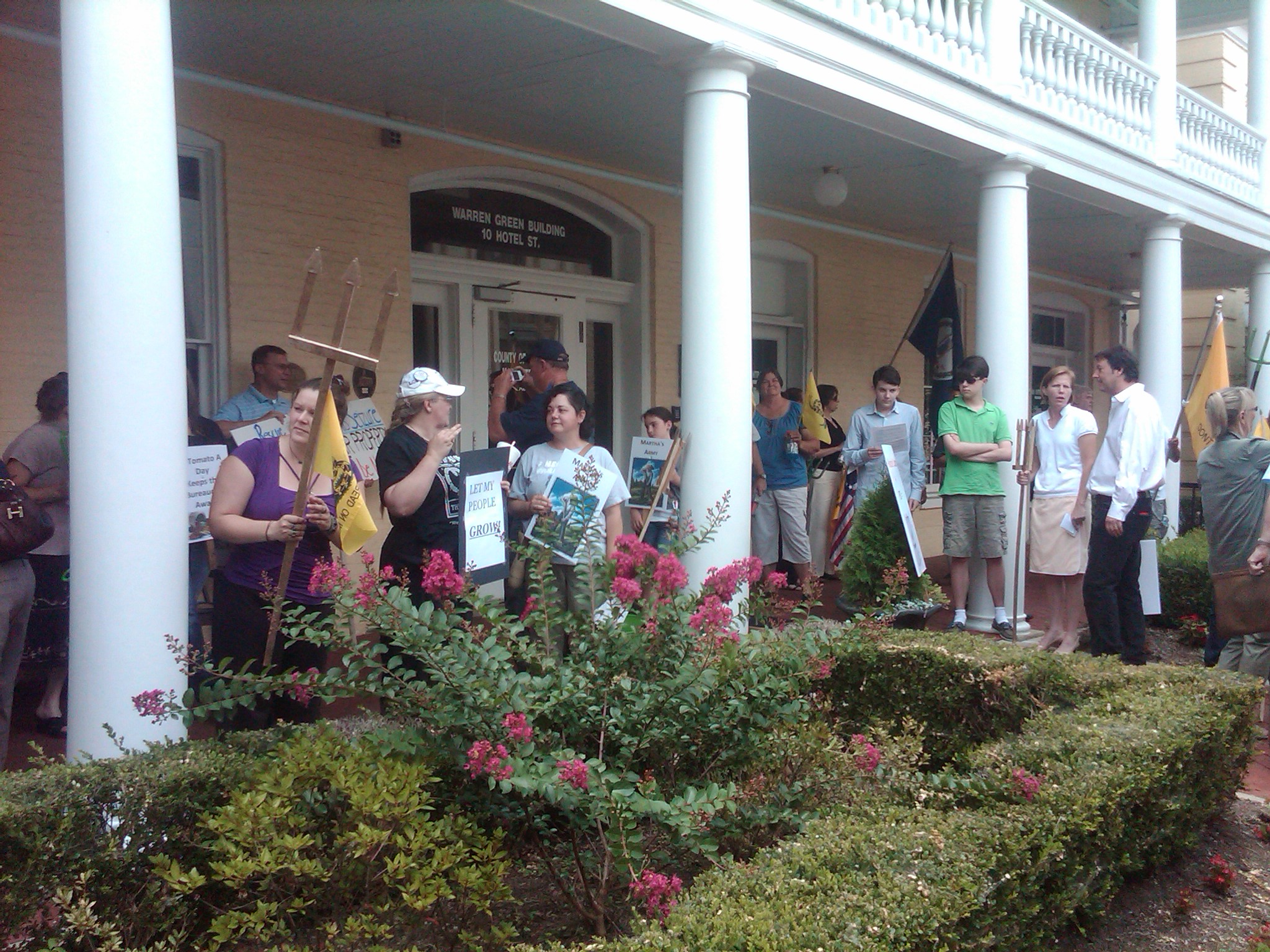 As expected by some, the Paris, Virginia farmer who challenged the sickening and Orwellian charges against her, with potential fines of up to $5,000 per violation, lost despite the crowd of pitchfork protesters outside the building saying in chorus fashion, "Hey, ho, Kim Johnson's got to go," along with other chants about farming and liberty.

In making allegations and assessing fines against the farmer, Johnson violated Virginia's Right to Farm Act and the very County ordinance that she enforces. The County also allowed her to use tactics that violate basic evidentiary, due process and pleading protections that are at the core of the American system of justice. So, while Kim Johnson is at fault, the County's system for justice is rigged in its favor and against those who dare challenge Fauquier's power, lawbreaking and corrupt ways. 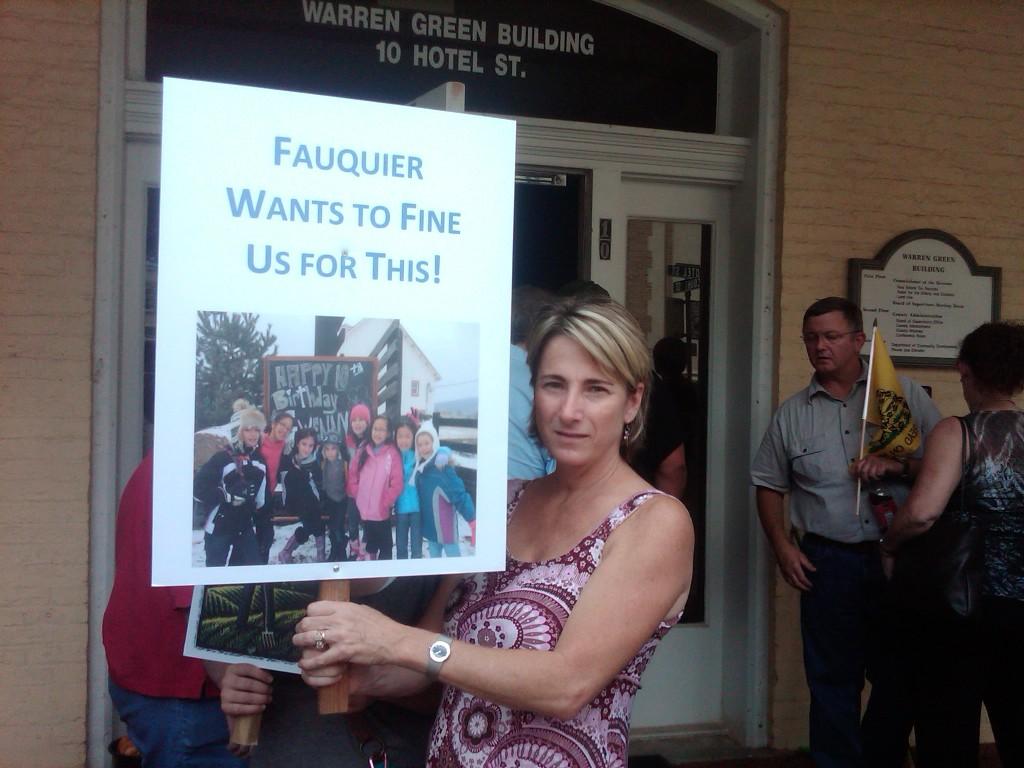 Government lawbreaking and trespasses on our rights happen thousands of times every day at the federal, state and local government levels. It happens because few people have the resources to challenge it, are afraid to step forward for fear of retaliation, and because they assume the system is rigged against them anyway.

When citizens do challenge government lawbreaking, they must hire lawyers and pay fees, such as the $500 the Paris farmer had to fork over to the County just to appear before this kangaroo court in Fauquier County. They must take time out of their family and business endeavors. It's a grueling and deeply personal process, especially knowing that your property and what you do for a living is on the line.

Bureaucrats, on the other hand, have no skin in the game. They get their paychecks no matter what they do, win, lose or draw. They become arrogant, smug and condescending. They know that their lawbreaking is protected by sovereign immunity and other legal shields invented by government that make it difficult for them to be sued personally.

Farmer Joel Salatin writes about over-regulation of farming in his popular book, Everything I want to do is Illegal. While his book applies to farming, the lessons are everywhere, such as the Oregon man jailed for collecting rainwater on his property. Government lawbreaking transcends every aspect of our lives, which is why government is America's biggest and most pervasive lawbreaker.

This is why Mr. Salatin and so many of us have had it backwards for too long, and it's time to change our thinking, our terminology and our tactics. What we do is perfectly legal. It is government that trespasses on our rights. The situation is now such that nearly everything that government wants to do to us is illegal.

The outpouring of support for the Paris farmer has been overwhelming. People are angry, and it's palpable. Democratic pollster Pat Caddell called the mood "pre-revolutionary." It's a powder keg situation, and Fauquier County government officials seem either too ignorant or too corrupt to understand that they just struck a match