One of the foremost concerns of the Obama re-election effort is the promised re-vetting of Obama, playing off the widespread perception that the media utterly failed to investigate the reality beneath the highly manufactured identity peddled in 2008.  Thus, there is a need to preemptively define the process, creating a safer version  of re-vetting than the Breitbart-is-here blogosphere threatens. 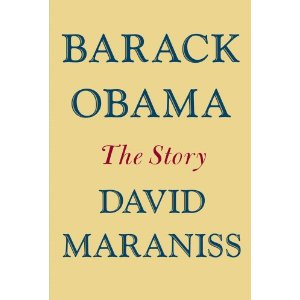 excerpt from a new biography of Obama by WaPo journalist David Maraniss fits this template. Somehow, Maraniss discovered the identities of, and obtained the cooperation of two women who state that they dated Obama, Geneieve Cook and Alex McNear, who even provided excerpts from love letters.  I wonder if anyone helped him find these two women, because they have been hidden all these years.

Quite naturally, there has been a huge controversy, one which is being argued on terms highly favorable to the Obama campaign. Politico, home to a number of Journolist members, helpfully made an issue of the supposed revelation of a composite girlfriend, which was readily disposed of by the Atlantic's Eric Randall:

... Obama has now told biographer David Maraniss that the 'New York girlfriend' was actually a composite character, based off of multiple girlfriends he had both in New York City and in Chicago ... Though Dreams From My Father is an autobiography, and hence non-fiction, Obama makes no mention of this "compression," nor is their any note by the publisher, Broadway Books. In fact, Obama only acknowledged the "compression" after Maraniss learned that Cook had no recollection of some of the events at which Obama said she was present.

The implication, obviously, is that the President was, up until this moment, dishonest about the contents of his book. It's also led to lots of snarking about "composites" of ex-girlfriends on Twitter. But read the introduction to Dreams from My Father and you'll find this little admission:

For the sake of compression, some of the characters that appear are composites of people I've known, and some events appear out of precise chronology.

So the public takes away the lesson that Obama actually told the truth, more or less. He didn't deceive is about the composite nature of the girlfriend.

The unspoken subtext here, never to be mentioned in the mainstream media, is that Obama didn't write Dreams from My Father, and the "composite" girlfriend strongly resembles not Ms. Cook so much as Diana Oughton, the first love of Bill Ayers.  Jack Cashill has found compelling evidence that, as described in Christopher Anderson's friendly and well-received biography of Obama, when Obama was hopelessly blocked and unable to turn in a manuscript to the second publisher to pay him a lavish advance, he shipped his notes and tape recordings of his personal anecdotes to Bill Ayers, who fashioned Dreams into a story that would win critical accolades and be cited as the primary evidence of Obama's intellectual capacities.

Not everything to be learned from the girlfriends is favorable, of course. John Hinderaker of Powerline has a hilarious take, examining some unbelievable pretentious prose in a letter from Barry to Alex McNear. His conclusion is that it confirms that "Obama is a hopeless bullshitter."

There is going to be more to come, especially after Maraniss's book is published.