There is a deep sickness in parts of the green movement, an utter hatred of humanity as despoilers of a natural order. Usually, this is somewhat hidden, though obvious if one goes looking. Sometimes, however, a prominent greenie will let something slip out that gives away the game.

So it is with Prince Philip of the UK, aka The Duke of Edinburgh, the Queen's royal consort. His Royal 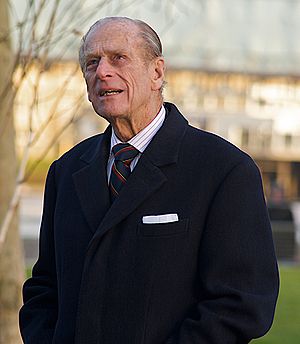 Highness is The President Emeritus of WWF and past President from 1981-1996, sterling credentials in the green universe.  Philip recently said something truly appalling:

If I were reincarnated, I would wish to be returned to Earth as a killer virus to lower human population levels.

At least we know who is an enemy of humanity.