Obama kicks off his campaign to half empty arena

It's the president of the United States visiting. He's supposed to be wildly popular with the youngsters. But at the official kick off of the Obama campaign at Ohio State yesterday, the arena where the event was held looked about half full.

Barack Obama launched his campaign in unspectacular fashion today at Ohio State University, the largest college in the crucial swing state.  A photo posted to twitter by Mitt Romney's campaign spokesman Ryan Williams reveals sparse attendance.  The above image, according to Williams, was taken during the President's first official campaign speech.

During the speech, Obama ripped into the presumptive GOP nominee and discussed nation building at home, but the most newsworthy item of the day was not the talking points Obama delivered: it was the crowd... or lack thereof.  According to ABC News, the Obama campaign had expected an "overflow" of people.  Instead, the arena looked half-empty.  The Columbus Dispatch reports that Obama organizers even had people move from the seats to the floor of the gym in order to project a larger crowd on television.

It's a campaign faux pas to hold an event in a room that isn't full; to promise the media a more-than-capacity crowd then fall this far short of that promise is utter incompetence.  In 2008, Obama ran a near-flawless campaign, buoyed by enthusiasm and effective organizing.  But it's not 2008 any more, and on day one of the 2012 campaign, Team Obama has already made an embarrassing blunder. 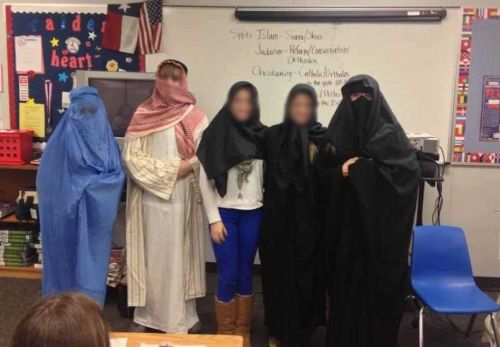 This may be significant - and it may not be. This pundit-straddle is because it's May for crying out loud! Not only that, but it was a nice day yesterday - a Saturday on campus - and no doubt a lot of kids took advantage of that to be outside.

On the other hand, this is the president of the United States. If he can't get 20,000 people to show up at his kick off rally in a college town, that doesn't speak well for the enthusiasm of the young that helped propel him to victory in 2008.

At any rate, it was indeed, an embarrassment that most media outfits expertly covered up. They've had plenty of experience the last 4 years, so there'sno reason to turn over a new leaf and start reporting honestly now.