Warning: mysqli_free_result() expects parameter 1 to be mysqli_result, bool given in /var/www/html/americanthinker/admin/common/functions/func.general.php on line 126
 Another terrible day for Elizabeth Warren - American Thinker
« Obama's 'likeability' fading fast | The New Israeli Coalition and the Elephant in the Cabinet Room »
|

Another terrible day for Elizabeth Warren

Poor Elizabeth Warren has become a laughingstock, a status that is exceedingly difficult to exit. She stands before the nation peddling implausible stories to explain away the obvious fact that she gamed the affirmative action racket.

Warren joins the exploding cigar faction of the Democrats with the news that the husband of the great-great-great grandmother who might have been Cherokee actually participated in the sweeping military round-up of the Cherokee nations (what would today be called "ethnic cleansing") to the stockades built by the Army in Ross's Landing (Chattanooga, TN today), from which point they were sent out on the notorious Trail of Tears.

The information comes as the result of a collaboration between two bloggers, William Jacobson of 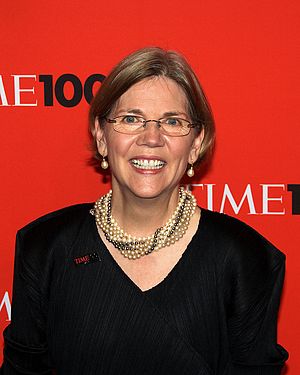 Why is this the ultimate and cruelest irony?

Who Warren's great-great-great grandparents were or what they did should be irrelevant, except that Warren has incorporated "lore" about those victimized ancestors into her own personal, professional and, now, political narratives.

Exactly. She lit that cigar when she claimed the advantage on the basis of 3% of her ancestry.

But that little bit of bad news is not alone.  Today brings proof that Elizabeth Warren just makes stuff up.

She lied when trying to explain away why she ticked the Native American box and had herself listed in a directory eagerly perused by those who hire law professors. She said that she chose that identity "in the hopes that it might mean that I would be invited to a luncheon, a group something that might happen with people who are like I am."

Obvious BS, but not provably so. However, Joel Pollak of Big Government has now dug up the proof:

Shelly Lowe, executive director of Harvard University's Native American Program (HUNAP), told Breitbart News today that U.S. Senate candidate Elizabeth Warren had not, to her knowledge, participated in the program's events while Warren was a professor at Harvard. (...)

HUNAP is a visible presence at Harvard, a university whose 17th-century charterdedicates the school "to the education of the English and Indian youth of this country."

Active across Harvard's many departments and faculties, HUNAP helps Harvard fulfill its founding mission and provides opportunities for Native American students and faculty from across North America to build networks.

Warren's claim to be interested in participating in a community is utterly implausible.   Voters in Massachusetts now know that she will look straight at you and make up an answer that serves her purpose, without consideration of honesty.

Elizabeth Warren, the poster girl for phony liberals, is the gift that just keeps on giving, as far as I am concerned. She embodies  so many aspects of the foibles of the crowd that took over the Democratic Party, the media, and the academy that she stands as a virtual ideal-type of the ruling class hypocrite.